Video: Explaining the true story behind Latin American migration to the U.S.A. 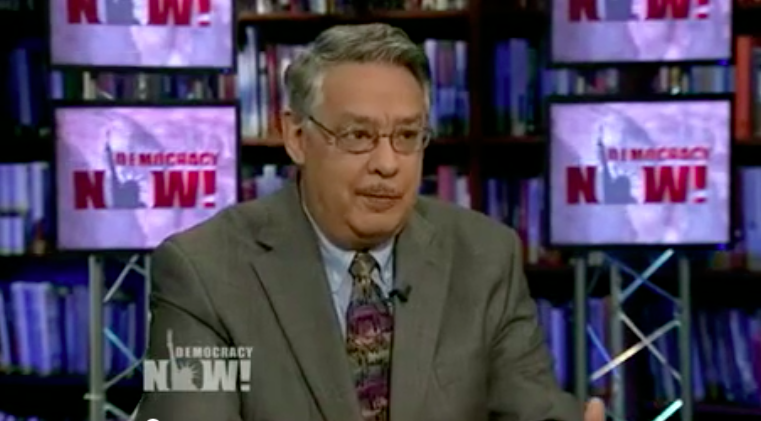 LatinaLista — Latino immigration into the United States is more complex than the story of immigrants coming here to look for work and the proverbial “American Dream.” The history of mass migration from south of the border involved events in which the United States government’s involvement propelled the people towards the one safe haven in the Americas.

“Harvest of Empire” takes an unflinching look at the role that U.S. economic and military interests played in triggering an unprecedented wave of migration that is transforming our nation’s cultural and economic landscape.

Journalist Juan Gonzalez, author of the book-turned-film “Harvest of Empire,” and co-host of Democracy Now! changes roles on the current events show and serves as a guest, along with the film’s co-director Eduardo López, to share his insights about federal immigration policy, the motives of Latino immigrants to migrate to the US and what his research uncovered about the US role in Latin American politics.

featured, Harvest of Empire, immigration, Latin America
Previous Post A new study examines the behavior of smokers among people from Mexico and Mexican Americans
Next PostDeportation to Shattered DREAMs: "Something is wrong with the U.S. immigration system"

A new study examines the behavior of smokers among people from Mexico and Mexican Americans
Comment
Deportation to Shattered DREAMs: "Something is wrong with the U.S. immigration system"