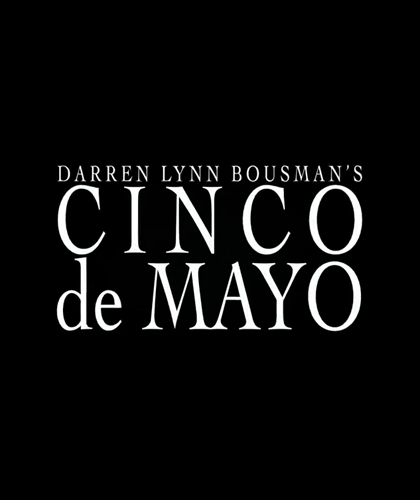 LatinaLista — It was bound to happen. The popularity of Cinco de Mayo rises to new levels every year among those who want to commercially exploit this day in Mexican history for American profit, but this year has reached a whole new level.

This year, Cinco de Mayo is the subject of a new horror thriller titled, what else, Cinco de Mayo. Written and produced by Darren Lynn Bouseman, a veteran horror movie filmmaker, the film is about a group of undocumented immigrants crossing the desert at the US-Mexico border on Cinco de Mayo.

The group sits in the back of a truck driven by coyotes when the truck is suddenly hit by something. One coyote crawls away from the wreck, leaving his passengers behind, but he doesn’t get far. Nor do the immigrants who survive as they trek through the desert being stalked by something under the cover of darkness.

Forget the popcorn. This film calls for chicharrones!