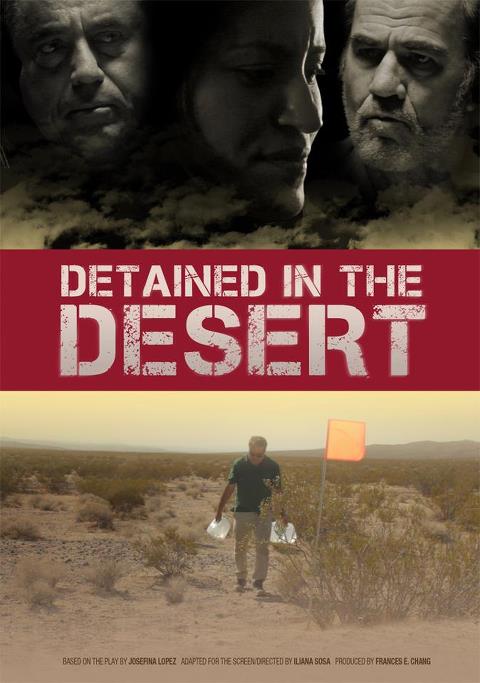 LatinaLista — Putting a human face to immigration has not been easy for advocates trying to convince conservatives that the issue is more than border security and deportations. It’s an argument that playwright Josefina Lopez hopes to make in her upcoming film Detained in the Desert.

Based on her play of the same name, Lopez, who wrote the award-winning play/film “Real Women Have Curves,” wondered what would happen if two people on different sides of the immigration issue were thrust together in a situation that made them both take a hard new look at the issue. And, in the process, gain a greater appreciation of what undocumented immigrants go through to get to the United States.

With the film’s director and writer, Iliana Sosa, Lopez is using the film to spearhead a fundraiser for the San Diego-based non-profit Border Angels. Founded by Enrique Morones in 1986, Border Angels’ mission is to stop the unnecessary deaths of individuals in the desert by delivering water at key points where migrants cross the desert.

In supporting Border Angels, Lopez and Sosa affirm the unique mission of their film: “This film is a stand against hate and hate crimes in the US against immigrants and their families.”

The completed film will begin its public release at film festivals. Lopez and Sosa hope to generate enough support for the film to find help with its distribution.