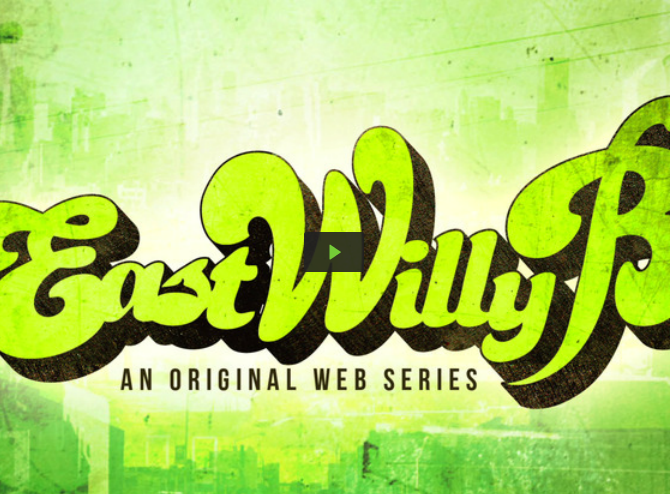 LatinaLista — Even with 100,000 views of their one-year-old web series, over 30 pieces of press talking about them and an invitation to the international TV festival , the creators of the multicultural comedy EastWillyB still can’t interest any of the major Hollywood networks or studios in their series.

What a sorpresa (she writes sarcastically).

Series co-creator Julia Ahumada Grob confessed, “We’ve pitched multiple networks for the past two years, and we’ve heard everything from ‘your series is too high-brow for Latinos,’ to ‘it’s too Puerto Rican,’ to ‘you’re just too early.’”

Unfortunately, they’re not the first to be told they don’t know how to reflect their own community accurately or, at least, in a way that would be entertaining to non-Latinos. The implications of how entertaining Latinos need to be to non-Latinos is somewhat disturbing, but this is Hollywood.

At any rate, like other talented Latino filmmakers in the age of the Internet, the EastWillyB crew know that Hollywood no longer has the final say in what the publico likes or doesn’t like — the power rests with la gente.

At least, that’s what the EastWillyB crew are hoping.

Not discouraged by the Hollywood rejection, the creators of the popular series decided to do what every other Latino filmmaker — not associated with a big studio — has done — bankroll the series themselves. They were successful and were able to create a popular pilot season. But this time around, it’s going to take a little more money because the show’s creators want to do a full season.

The crew wants to create a 12-episode season, with episodes running 7-9 minutes in length. That is a 91-minute season equal to the length of a feature film! Nobody on the team has all the money to make such an ambitious dream like this come true, especially after they’ve already spent all their own money, along with, volunteering and pouring their passion into making the pilot season a reality.

So, they have decided to take a different route to raise money — create a Kickstarter campaign. They want to raise $50,000 in 50 days.

“We have learned a lot from our fans,” shares co-creator and filmmaker Yamin Segal, “ so our first season reflects their desire to see longer episodes.” If successful, the Kickstarter funded Season will feature twelve 7-9 minute episodes, broken down into three episode narrative arcs. The full Season will have the opportunity to be distributed online via 7-9 minute episodes, licensed to TV via four 22 minute episodes, and distributed in full as a 91 minute feature film. “We hope to challenge the idea that socially-conscious media featuring Latino characters is not profitable by creating an innovative distribution model that could be used by other independent creators,” explains Segal.

“We’ve made it this far with no money, thanks to the passion and hard work of our amazing cast and crew, the support of Latino media sites and bloggers, and our incredible fans nationally and internationally,” celebrated Grob, “Just imagine the impact we could make with $50,000.”

Previous Post No-brainer: Passing immigration reform could help California dig its way out of its fiscal mess
Next PostThe true costs of deportation

No-brainer: Passing immigration reform could help California dig its way out of its fiscal mess
1 Comment
The true costs of deportation