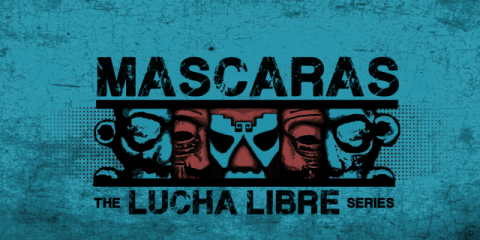 Mascaras – The Lucha Libre Series is an original creation based on the origins of Mexican Lucha Libre and the backdrop to how it was partly birthed on the El Paso/Juarez border.

It is a fictional drama based on factual people and moments that occurred on this frontéra as the region and its people gave shape to Lucha Libre. The series will explain the origins of Lucha Libre and the reason for the mascaras (masks) worn by Luchadores.

Each episode will be based on different Luchadores from the Frontera who paved way for a long tradition of guerreros (warriors) of the ring. This multi-media series will take audiences into a fascinating universe rooted in mysticism through a fusion of video, stylized animation and motion graphics.

The producers of Máscaras-The Lucha Libres Series would like to get the word out about this independent series based on wrestling legends from the El Paso-Juarez border area who became known internationally.

Through this project, writer-director Ernesto Hernández hopes bring to more attention to another interesting facet of the the rich cultural history of El Paso and the integral role it held in the origins of Lucha Libre.

The goal is to produce a semi-fictional series based on factual events and people that focuses on the many positive aspects of the Juárez/El Paso border instead of the violence and drug cartel themes that, sadly, many film and TV productions have portrayed.