LatinaLista — The idea that keeping undocumented immigrants from having driver’s licenses is somehow a good thing for the safety of the nation is as absurd in its logic as saying smoking cigarettes is good for our health. 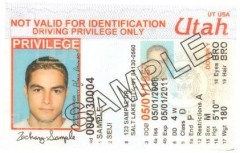 Usually, the people deciding that driver’s licenses should be off limits to undocumented immigrants are the same people who are pandering to extremist anti-immigrant groups — politicians. The unfortunate reality in politics is that it doesn’t matter if something is good for the country or not. If it’s perceived as bad by a particular donor support group then their (usually) narrow-minded views trump common sense.

Thankfully, that wasn’t the case in New Mexico. Try as she might, New Mexico Gov. Susana Martinez tried to get a 2003 law repealed that allows undocumented immigrants in her state to have driver’s licenses. She was defeated.

Politics aside, the governor, a former district attorney, should understand first-hand why such a measure makes the streets safer — it makes undocumented drivers more accountable for driving safely, having insurance, cooperating and not being afraid of law enforcement and giving them an identity.

Today, only New Mexico, Washington state and Utah issue a driver’s license or “driving privilege card” to undocumented immigrants but one California sheriff and police chief think it’s a good idea for their state too.

He (Beck) acknowledged that state officials would have to find ways to address widely held concerns that giving licenses to people who are in the country illegally could make it easier for terrorists to go undetected.

The argument is gaining traction in Los Angeles with Los Angeles City Atty. Carmen Trutanich joining in calling it “a matter of public safety.”

If law enforcement, the people on the front lines of keeping our cities safe, believe it makes good policy to issue driver’s licenses to undocumented immigrants, who are politicians to say that it is not — especially, when their ultimate goal is to detour the debate on immigration reform?

Previous Post Guest Voz: Only one out of the four GOP presidential nominees has it right on illegal immigration
Next PostViernes Video: A Latina director's web series "OFf and Running"

Guest Voz: Only one out of the four GOP presidential nominees has it right on illegal immigration
1 Comment
Viernes Video: A Latina director's web series "OFf and Running"