Did Texas Republicans try to suppress the state’s Latino vote?

LatinaLista — Today’s announcement by the Department of Justice that they would block the new Texas voter photo ID law was a welcome sign in a state where 38 percent of the population is Latino and many areas of the Lone Star State are majority “minority” already, but who have been largely ignored or dismissed by the majority GOP in the state legislature. 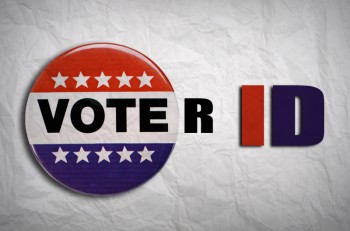 The reason given why the Justice Dept. blocked the new law was because it would “disproportionately suppress” turnout among eligible Hispanic voters.

They’re right. According to data (Sept. 2011 and January 2012) that the state itself sent the Justice Dept., 46-120 percent of Latino voters lack driver’s licenses, the most accepted form of photo IDs.

In a letter to the Texas state government, Thomas E. Perez, the assistant attorney general for civil rights, said the state had failed to meet its requirement, under the Voting Rights Act, to show that the measure would not disproportionately disenfranchise registered minority voters.

“Even using the data most favorable to the state, Hispanics disproportionately lack either a driver’s license or a personal identification card,” Mr. Perez wrote, “and that disparity is statistically significant.”

No doubt state legislators will try their hardest to get this overturned and claim that the law is nothing more than a way to prevent voter fraud. Yet, this argument is disingenuous in light of research that has been ongoing in showing just how such policies have nothing to do with safeguarding civic participation and everything to do in preventing a huge demographic chunk from being allowed to cast their vote for the party/politician of their choice.

What they found was predictable.

…voter identification requirements have a substantially negative impact on the voting of all groups except for Asians. Particularly strong negative effects are seen for Blacks and Hispanics: a decrease in voting by 18 percent and 22 percent respectively. Even Whites show dampened turnout associated with voter ID policies. Yet for Asians, strikingly, voter ID has the opposite effect, boosting turnout by nearly 30 percent.

…State voting rules are especially important because these are amenable to change, so the authors examined a wide range of these policies. There is a consistent effect for voter ID requirements. Some states have recently introduced new identification requirements and others are considering it. The evidence here suggests that this policy will depress White, Black and Latino participation in electoral politics — and the effect could be especially strong for Blacks and Latinos. On the other hand liberal absentee voting policies lead to higher voter turnout except, surprisingly, for Blacks.

If legislators were serious about keeping elections fraud free, then a law requiring photo ID would need more lead time to be enacted instead of just a couple of months before an important state primary. Such a law would have to have designated destinations like a grocery store, church and/or post office (easy, accessible places) where everyone would be afforded the opportunity to get their picture for a state-issued voter ID at no charge to the voter and delivered on the spot.