I have a confession — I’ve helped undocumented immigrants

LatinaLista — Today, another young person with undocumented status revealed himself to the nation. His name is Jose Antonio Vargas and unlike the other young people we have come to know as “DREAMers,” Jose is already living his dream — in a sufferable kind of way. 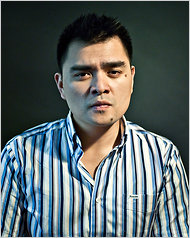 Jose revealed his citizenship status in the most public forum possible — in an article in the New York Times Magazine. Titling it My Life as an Undocumented Immigrant, Jose recounted his life story from the time his mother sent him from the Philippines at the age of 12 to join her parents in California to being part of a Pulitzer Prize-winning reporting team at the Washington Post.

Yes, Jose is a journalist these days and, evidently, a damn good one.

Yet like so many DREAMers, Jose didn’t know about his status until he was applying for a driver’s license and then the rest of his life, like so many others, has been dedicated to showing US he deserves to stay.

His career accomplishments certainly testify to his commitment to contribute to this country but now with the publication of his very public confession, he’s not sure when he will hear that proverbial knock on the door, with immigration agents on the other side.

In reading Jose’s piece, much of it was like every other story I had heard from DREAMers sharing their pain, fear, accomplishments, acts of over achievement and hope that the only country they consider home will have mercy on them and let them stay.

But in Jose’s piece there was something more he included in his story that most never talk about — the citizens of this country who helped him, knowing all along that he was undocumented.

Jose explains that these people who helped him, who later became his mentors and friends, did everything and are still doing everything in their power to help him stay here.

As more states pass laws that penalize citizens who knowingly “transport” or help undocumented immigrants, the admission that these people existed in Jose’s life is not only inspirational and uplifting but is reality.

Unlike those who rail against undocumented immigrants would have everyone believe, not everybody would turn their back on a person, undocumented or not, who needs help. Even Ron Paul in the recent GOP debate finally had to grudgingly admit that our society is built on such compassion that it’s unthinkable to not give medical treatment to a sick child, regardless of citizenship status.

For most of us, the child doesn’t have to be at death’s door for us to lift a hand.

I say this from experience, because as Jose has revealed his status to the world, I have to reveal that I’ve helped people I’ve known to be undocumented. I, nor Jose’s friends are anomalies in this arena. Practically, everyone I know has at some point helped somebody they knew to be here illegally.

The practice of helping others is so widespread that if the GOP wanted to deport all the undocumented immigrants and those who help them, I would venture to say that the US would lose more than half of its population.

Yet, because of the racist tirades against undocumented immigrants that are allowed to proceed in public forums, it’s believed the American public shares these narrow views.

The only ones who may share the views are those who have segregated themselves off from the diversity of this country. As they isolate themselves more and more, their perspectives on who is the average undocumented immigrant has become severely distorted and their fear taken advantage of by people who know how to work a crowd.

But for those of us who embrace diversity, recognize the fact that no one leaves their country and their family behind without very good reason and understand that no one, who was brought to this country as a child, should be penalized for the good intentions of their parents, our intelligent compassion will always compel us to do what is right — no matter how many laws are passed telling us we are now criminals.

Because in our hearts, if that’s the definition of a criminal then we wear the label proudly.