Latina Lista: News from the Latinx perspective > Palabra Final > Economy > In this moment in time, Latino priority should be ensuring debt ceiling is raised

In this moment in time, Latino priority should be ensuring debt ceiling is raised

LatinaLista — The #1 concern of the White House these days has little to do with the Hispanic Public Policy Summit wrapping up its two-day meeting on Capitol Hill or the announcement today of a “DREAM Act Sabbath” by Assistant Senate Majority Leader Dick Durbin and over a dozen faith leaders.

(FYI: The DREAM Act Sabbath is a campaign to enlist churches, synagogues, and mosques around the country this fall to dedicate time during their regular weekly worship service to a conversation about the DREAM Act.) 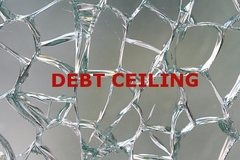 While each of these events is important to Latinos, what’s more important right now on Capitol Hill is an issue that too many Latinos, and most Americans, have paid little attention to — the ongoing negotiations to raise the debt ceiling.

A new poll shows just how divided our nation’s political parties are in raising the debt ceiling. According to a Pew Research Center/Washington Post poll, 66 percent of Republicans are more worried that an increase in the debt ceiling would lead to more spending and bigger debt while 54 percent of Democrats feel that not raising it would be harmful to the US economy.

The business community weighed in on the debate today by sending a letter to every member of Congress signed by powerful business groups and business executives reiterating the Obama administration’s point that not raising the debt ceiling is worse than bad for the US economy and its citizens.

“This is a Main Street not Wall Street issue,” said the letter, which was sent to every member of Congress. “Treasury securities influence the cost of financing not just for companies but more importantly for mortgages, auto loans, credit cards and student debt. A default would risk both disarray in those markets and a host of unintended consequences.”

The Hispanic population carries the highest credit card balances from month to month. With an average of over $10,000.00 in credit card debt, Latino persons edge out white individuals by only $275 — source Creditloan.com

When it comes to home mortgages, Christian Weller, a senior fellow at the Center for American Progress, cautions Latinos to pay attention to the current debate:

Latino families, like African-American and white families, eagerly await a recovery in the U.S. housing market. Their economic security desperately depends on such a recovery, yet the housing market could face another crisis if Republicans in Congress get their way and the federal debt ceiling is not raised or not raised in time to prevent the U.S. government from defaulting on its debt obligations. Why? Because interest rates, including those on mortgages, would rise sharply, thus reducing home sales, housing values, and construction jobs.

It’s obvious that not raising the debt ceiling spells particular trouble and hardship for the Latino community. So, while the intent of the White House is to show Latinos — before the 2012 election — they are paying attention to the general community by sponsoring such high-profile events at the White House or spearheading national campaigns around issues close to our hearts, these times warrant everyone stepping back and prioritizing what’s of immediate importance.

I think we all would have to agree that lending our voices and attention to raising the debt ceiling, while protecting Latino seniors from benefit cuts in Social Security, is #1 for now — as it should be.