Latina Lista: News from the Latinx perspective > Palabra Final > Economy > Latinx workers may have a great work ethic but it doesn’t always translate into comfortable living 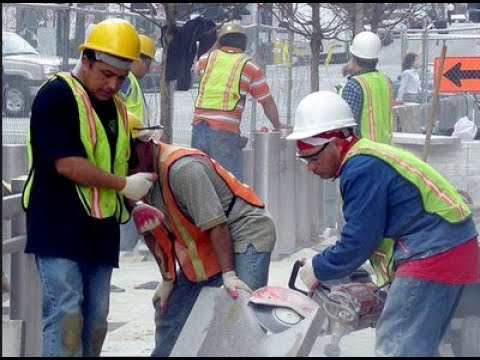 (Editor’s Note: The following is the summary for an in-depth report by the Center for American Progress on the wealth disparity between whites and Latinx families. Read the full report here.)

Wealth—a family’s financial net worth—measures how well people are prepared for the future. It allows them to purchase a home, start a business, enjoy a secure retirement, and put their children through school. Wealth also provides security in the face of emergencies, for example, allowing people to pay for unexpected health bills or pay bills following a layoff. Wealth is essential to giving families peace of mind.

Unfortunately, the accumulation of wealth in America is highly unequal. Wealth is increasingly unevenly distributed by race and ethnicity. White families in America have a median wealth of $142,180, compared with $20,765 for Latinx* families. (see Table 1) This large wealth gap leaves Latinx families economically insecure with fewer opportunities for upward economic mobility.

As this report documents, the gap between Latinx families and white families has persisted for decades and shows no sign of shrinking. Moreover, this wealth gap exists regardless of marital status, education, and income, suggesting that Latinx families encounter systematic obstacles to building wealth.

While Latinx communities face several obstacles to building wealth, their relationship with the labor market—the type of work they do and the kinds of jobs they hold—is a key contributor to their ability to build wealth.

Simply put, Latinx families are caught in a precarious situation. Their inability to obtain higher-paying, more stable jobs means that they must rely on short-term savings to pay daily household bills. Yet at the same time, because of the low-quality of the jobs they hold, it is extremely difficult to save. Furthermore, Latinx families often have to stretch whatever little bit of savings they have paying bills instead of accumulating long-term savings.

While this report focuses on the wealth gap between Latinx families and white families, it is important to note that in 2016, the median wealth for black families stood at $17,600—lower than either of the aforementioned groups. In addition, while the disparity between white families and Asian American Pacific Islander (AAPI) families is often overlooked since, collectively, their average median wealth is similar, it is important to note that there is significant wealth inequality among different ethnic groups within the AAPI community, leaving many to struggle in retirement.

Using data on household wealth for Latinx and white families, this report lays out policy recommendations to specifically address the distinct issues that exacerbate the Latinx-white wealth gap, but which can also be used to inform solutions to tackle wealth inequality overall.

In order to determine the extent of the wealth gap between Latinx and white families, the authors looked closely at 2016 Federal Reserve data, which is highlighted throughout this report. Their findings include the following:

economy, income disparity, Latinx, low-income, money, savings, Whites
Previous Post A midterm election unlike others calls for new rules for electoral analysis
Next PostEven those on a tight budget can make and keep a New Year's resolution to save