Latina Lista: News from the Latinx perspective > Palabra Final > Politics > Modernizing the voting process is a step towards recommitting to voters’ rights

LatinaLista — Technology, aka the Internet, usually evokes one of two reactions from people — acceptance or resistance. The resistors usually hold out until they can see how it’s going to enhance their lives. For example, how many seniors resisted using social media until they realized that they were missing out on the latest photos of the grandkids or family gossip? 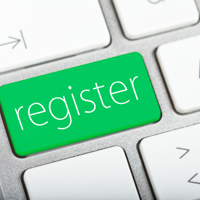 Online technology has evolved and even with all the questions about privacy concerns and online security,the thought of turning back the clock to do things the old-fashioned way doesn’t hold much appeal for anyone of any age these days. Yet, for some, doing things the old-fashioned way isn’t a matter of being in a comfort zone as it is a way to control, manipulate and have less transparency. Technology can make those three factors harder to accomplish.

So, it will be interesting to see how far Sen. Kirsten Gillibrand of New York gets in the Senate with a bill she proposed today: the Voter Empowerment Act.

The bill, already presented in the House back in May, basically wants to modernize voting with technology.

According to Gillibrand’s proposal, the bill would:

Ensure integrity of process by:
Authorizing funds for training poll workers and setting standards for polling place practices
Requiring provisional ballots be available and counted at all polling places
Prohibiting voter caging and designating it as a felony
Protecting against deceptive practices and intimidation

The Brennan Center for Justice reports that there have been at least 180 restrictive voting rights bills introduced since the beginning of 2011 in 41 states. Most of these bills have to do with requiring voters to bring specific IDs with them to vote. The argument has been made that this is necessary to counter voter fraud, especially as some extreme conservatives contend, happens with undocumented immigrants.

Though study after study shows both claims — voter fraud and undocumented immigrants voting — are non-arguments, these Republican-controlled legislatures have convinced themselves that passing these kinds of laws that disenfranchise certain voters, like the infamous 47 percent, is acceptable.

What’s acceptable is making the process easier and not manipulated by one group of people to satisfy their own agenda. This week, California launched their online voting system.

The launch of this new system is just in time for the historic 2012 Presidential Election. In the coming weeks, scores of Californians will take advantage of this innovative system that will make voter registration easy and accessible. At the same time, this new system will improve the accuracy of voter rolls and save taxpayer funds that were previously used for data entry and administrative staff.

According to the National Conference of State Legislatures, there are 14 states that have online voter registration.

Though neither the House or Senate bill addresses the Voter ID requirements in those 41 states, it is a step in the right direction to bringing the nation’s electoral process into the 21st Century where technology can play a hand in leveling the field of equal opportunity and equal representation.

featured, Internet, voter rights
Previous Post Non-profit Spotlight: Giving seniors an extra hand to help them stay in their homes
Next PostUnlocking the truth about one industry's business of detaining immigrants

Non-profit Spotlight: Giving seniors an extra hand to help them stay in their homes
1 Comment
Unlocking the truth about one industry's business of detaining immigrants