Latina Lista: News from the Latinx perspective > Palabra Final > On this World AIDS Day, Obamacare could prove the lifeline necessary for many infected Latinas

On this World AIDS Day, Obamacare could prove the lifeline necessary for many infected Latinas

LatinaLista — There was a time when AIDS was considered an automatic death threat. With no viable treatment that ensured its victims a good quality of life as they battled the disease that slowly robbed them of their physical strength, their emotional courage and their hope for a cure, the mention of AIDS always shot fear through communities who were not accustomed to speaking about sexual practices in public spaces. 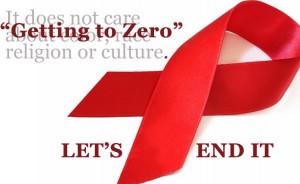 Fortunately, thanks to events like World Aids Day, the stigma of talking about the disease, taking steps to prevent it, testing for it and admitting one has it has lessened — somewhat. While a lot has been achieved in the battle against AIDS and treatment of it, the world is still seeing too many cases, especially within the Latina population.

According to Jessica González-Rojas, executive director of the National Latina Institute for Reproductive Health:

“HIV/AIDS is a serious threat to the health of Latinas, who are four times more likely than white women to be infected. Systemic barriers, such as poverty, immigration status and lack of insurance, make accessing protection and testing more difficult for Latinas, leading to higher rates of infection. These factors also prevent Latinas from accessing quality, affordable treatment, which contributes to an accelerated advance from HIV to AIDS.

“Because the majority of Latinas contract HIV from having unprotected sex with a man, improved access to protection and to sexual education are both critical to reducing rates of Latina HIV infection. Far too few Latinas have access to the sex education they need to protect themselves from sexually transmitted infections. More than half of Puerto Rican and Mexican American women, for example, received no sex education from their parents, and one in four Puerto Rican and two in five Mexican American women reported no sex education in school.

However, there is the potential to reverse this deadly trend among these Latinas and others at-risk for contracting the disease. A government-backed panel of medical and scientific experts, who comprise the U.S. Preventive Task Force, now recommend “that every American between the ages of 15 and 65 be tested for HIV.”

What makes this recommendation so significant is that the Affordable Care Act, otherwise known as Obamacare, stipulates that the recommendations of the task force must be included in any preventive services covered by Obamacare. In other words, regular HIV testing will now be covered under Obamacare as a routine part of a check-up.

While this decision helps the low-income, it doesn’t cover the large undocumented immigrant population who is not covered by Obamacare. It is yet another strong reason that the citizenship status of this vulnerable population must be normalized to begin to eradicate the disease in this country.

In the meantime, until the day comes when a true bipartisan effort for immigration reform materializes, the only other way to reach this vulnerable population is to provide medically accurate sexual health curriculum in our nation’s schools. With many urban school populations already majority Latino and African American, it makes sense that these children are taught the facts from the beginning, along with their parents, that AIDS doesn’t have to victimize anymore Latino families.

This year’s theme for World AIDS Day is “Getting to Zero” by 2015 – Zero AIDS Related Deaths, Zero New Infections and Zero Discrimination.

It is a goal that will be increasingly hard to achieve with more governments strapped for cash to fund research and programs for prevention and treatment but it is a goal that calls for innovative thinking, community cooperation and a renewed commitment from people who know only they can affect the change necessary to save the lives of their fellow human beings.