Latina Lista: News from the Latinx perspective > Palabra Final > Immigration > Rebuttal to Napolitano op-ed: The Dept. of Homeland Security is in need of its own immigration reality check

Rebuttal to Napolitano op-ed: The Dept. of Homeland Security is in need of its own immigration reality check

LatinaLista — It was only a matter of time that the Obama administration would feel compelled to “set the record straight” on the GOP presidential candidates’ constant campaign rhetoric painting the US-Mexico border as a territory under siege and illegal immigration out of control. 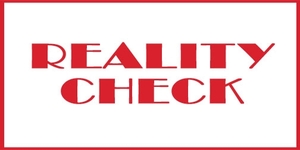 What better person to speak out than Secretary of Homeland Security Janet Napolitano?

In an op-ed published today in Politico titled “A reality check on immigration,” Napolitano does her job:

Over the last two and a half years, the Obama Administration has committed unprecedented resources to border security. As a result, we have seen dramatic declines in illegal immigration and dramatic increases in seizures of illegal weapons, cash, drugs and contraband. This year, we will yet again see a historic drop in illegal crossings, and more and more contraband seized.

So any claim that this border is overrun or out of control is inconsistent with the facts.

She acknowledges that depending on which side of the issue a critic is standing, the administration’s record so far on immigration enforcement will be either too little or too much.

That’s fair. Yet, what’s not fair is telling the public one thing and doing another.

One of the most heralded actions taken by the Obama administration this past summer was granting discretionary powers to agents in detaining only those undocumented immigrants deemed threats to society.

It was explicitly stated by officials with Homeland Security on telephone press conference calls that DREAM Act students would not be targeted or people who had no criminal records.

We have also refined how we go about immigration enforcement in the nation’s interior. Our approach directs the limited resources we have been given to bolster commonsense priorities like public safety, border security and the integrity of the immigration system.

This approach has included adopting new policies — like a new process that ensures those enforcing immigration laws make appropriate use of their existing discretionary authorities.

Unfortunately, there are some agents in the field not taking advantage of their new freedom to use discretion.

Week after week, reports are filtering in of students, simple workers, and parents being caught up in a deportation dragnet that was thought to be on hold. Contrary to what Sec. Napolitano writes, what is happening in the field is not what was promised to a Latino community eager for any positive action towards stopping families from being torn apart and otherwise innocent people from being deported.

If Sec. Napolitano or the White House doubts that there are violations being committed then it’s easy enough to prove or disprove — review the deportation cases of the last three months and see which ones were deported who met the prosecutorial discretion mandate.

The findings will reveal that an even bigger reality check regarding immigration enforcement is needed than the White House or Sec. Napolitano could have imagined.