LatinaLista — The issue of high school dropouts is one that has been around since the creation of secondary education. Yet, what once was thought to be a personal choice with only personal consequences has evolved into a realization that a country with a high dropout rate is one with a fragile economic future. 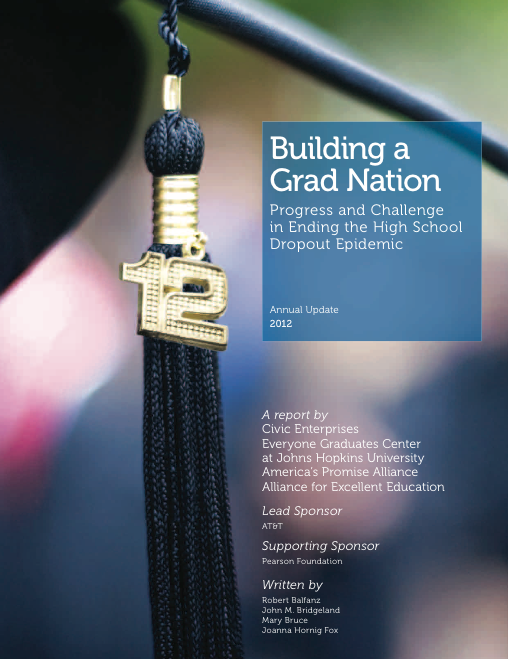 It’s that relationship between education and the economy that is taking center stage at this week’s Washington DC’s Building a Grad Nation Summit. A national campaign spearheaded by the America’s Promise Alliance, the Grad Nation campaign is working towards two ambitious goals: 1. 90 percent graduation rate nationwide by 2020, with no school graduating less than 80 percent of its students and 2. Regain America’s standing as first in the world in college completion.

In a report released this morning at the Summit titled, Building a Grad Nation Report: Progress and Challenge in Ending the High School Dropout Epidemic, the news is encouraging overall.

But that’s where the good news ends, especially where it concerns Latino students.

As it stands, Latino students still lag behind in graduating from high school, with graduation rates at less than 65 percent. While Latinos live in some of the states that have made progress in their graduation rates, they live in just as many of the other states that haven’t made the kind of progress needed for the campaign to reach its goal by 2020.

The states registering declines in their graduation rates are: Arizona, Arkansas, California, Connecticut, New Jersey, Nebraska, New Mexico, Nevada, Rhode Island and Utah. These states aren’t just home to these sad declines but many of them are home to sizable populations of Latinos.

Today’s demographic data released by the Pew Hispanic Center underscores just how alarming it is for the Latino community to see graduate rates decline in these particular states.

From the data, we see that declining graduation rates are in five of the states registering high Latino populations — New Mexico, California, Arizona, Nevada and New Jersey. Of the states that are showing an improvement in graduation rates, and which are also home to a high number of Latino residents, four are making the grade: Texas, Georgia, Florida and New York.

Though authors of The Building a Grad Nation Report identify several programs across the country that are making remarkable progress with Latino students, they concede that, regardless of where they live, it’s still a steep road for the students to climb to catch up to their white peers — “Latino students trail (in graduation rates) their White counterparts by 26 percentage points”.

But progress, however small, is being made. For example, Latino students’ proficiency in reading has increased from 13 to 18 percent from 2000 to 2011.

It may not sound like a lot, but it’s a good start, considering that children who don’t read well by the end of third grade are four times more likely to drop out of high school than those who are proficient.

As state and local economies teeter on the verge of bankruptcy, it’s to everyone’s advantage to realize that the future can only be secure if everyone is educated and knows they have a role in keeping this country strong and economically healthy.