LatinaLista — As Congress returns to Capitol Hill next week and fresh debate begins over the federal deficit, it’s hoped that Congress understands that some of the very programs they deem or will deem expendable could have a huge negative impact on the Latino community. 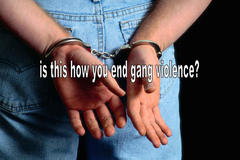 They only have to look at what is happening in South King County, Washington to see what happens when budget cuts are implemented without looking at the big picture.

In South King County, county officials closed down the White Center storefront last year because of budget cuts. Today, they’re reopening it, at the request of their citizens, to help combat the increase in gang violence that is happening in the county.

In fact, instead of looking for ways to cut funding to the county sheriff’s office, the department will receive $1.4 million from a law-enforcement emergency fund to reopen the storefront; pay for three King County deputy prosecutors and a paralegal to build cases against gang members; and FUND programs aimed at intervening in the lives of young Latino mothers and at-risk youth.

According to city officials:

“We know we can’t arrest our way out of this problem,” Constantine said, adding that programs such as education and job training represent “investments in proven solutions.”

South King County is home to some pretty dismal statistics:

County officials say that the poverty and other social problems are contributing to a sense of hopelessness among the area’s Latino youth involved in gangs. Officials estimate there are 140 criminal street gangs with more than 10,000 members in King County, increasing gang-related crime by 165 percent since 2005.

The situation in King County can easily be replicated in other areas of the country where federal programs servicing at-risk youth end up victims of budget cuts.

With Latino youth poised to become the majority in this nation’s future, it makes little sense to start disenfranchising them now by cutting programs that give them the skills to be contributing members of society.

It’s time for Congressional leadership who exercise the vision needed to only get the nation’s fiscal house in order but preserves the future with an educated workforce that would rather work for a living than fight each other over turf.

Congress has the power to make that happen, if only they can see beyond 2012.

Previous Post El Paso school districts have no idea how many new students fled Juárez
Next PostIndigent women of Latin America blaze new trails for themselves, their families and countries

El Paso school districts have no idea how many new students fled Juárez
Comment
Indigent women of Latin America blaze new trails for themselves, their families and countries