LatinaLista — We all know that visual media is a powerful force in influencing people’s perceptions. When that media takes the form the of the Big Screen, the images are all that more powerful and etched into a person’s psyche.

There’s no doubt that Hollywood had a hand in shaping society’s impression of Latinos. Whether Latinos were portrayed as dumb or sexy, as servants or romantic leads, each film with Latino characters serves as a visual timeline of the evolution of a society coming to terms with its Latino population.
Yet a real analysis of this cinematic evolution has historically been confined to college classrooms. But now, the Turner Classic Movie (TCM) channel is bringing this intellectual discussion and analysis to the small screen in everyone’s living room.
In May, TCM will air RACE AND HOLLYWOOD: LATINO IMAGES IN FILM as part of their traditional race in film festival.

On Tuesday and Thursday nights in May, beginning at 8 p.m. (ET), each night’s collection of films will be centered on a particular theme, such as a look at depictions from the silent era, views of border towns and small ethnic towns, musicals, stories featuring interracial relationships, explorations of social problems and Latino representations in past and current westerns.
Also included in the festival line-up will be several contemporary films making their first appearance on TCM, including The Milagro Beanfield War (1988), La Bamba (1987), The Mambo Kings (1992), Stand and Deliver (1988), The Ballad of Gregorio Cortez (1983) and Lone Star (1996). In addition, each evening will feature a specially chosen film for late-night movie fans.

The co-host of the festival will be Chon A. Noriega, professor of cinema and media studies at UCLA and director of the UCLA Chicano Studies Research Center. Noriega is well qualified to co-host the festival since he himself has edited and/or written several books on Chicano cinema and has helped recover and preserve Latino-made films, among his other accomplishments.
This is the first time TCM has focused the film series on Latinos in the festival’s 3-year history. Before Latinos, the festival focused on Asians, Blacks and Gays.
While the movies listed in the schedule are subject to change, there’s no doubt that any film shown will prove interesting for analysis and commentary.
The following is a complete schedule of TCM’s RACE AND HOLLYWOOD: LATINO IMAGES IN FILM. Film titles with an asterisk mark movies that are making their TCM debut.

Hollywood, latino, Turner Classic movies
Previous Post Yet another analysis tries to explain the Latino vote — with an unique twist
Next PostS.A. filmmaker triumphs in face of adversity 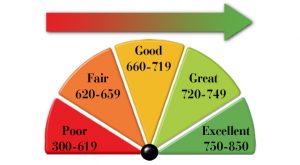 Starting a business is a marathon: 5 expert tips to avoid burnout

Yet another analysis tries to explain the Latino vote — with an unique twist
Comment
S.A. filmmaker triumphs in face of adversity