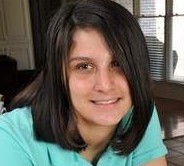 LatinaLista — Most 12-year-olds spend their summers far from the family kitchen but not Linda Martinez. This young girl from Madison, Mississippi, who started cooking over a year ago, sees the kitchen as her playground where she can create healthy recipes.

It was her recipe for healthy tacos, aptly dubbed “Mississippi Tacos” — that caught the eyes of a prestigious panel of culinary judges who last month declared her the winner representing her state at the first-ever White House State Dinner for children, the grand prize for all who participated in the First Lady’s Healthy Lunchtime Challenge

In May, parents and their children, ages 8-12, were invited to work together to create an original lunch recipe that was “healthy, original, affordable and tasty.” The ingredients had to follow the nutritional guidelines of the USDA’s ChooseMyPlate.gove site. The submitted recipes were judged by a panel of judges that included the White House assistant chef, authors of a healthy eating book, representatives from the USDA and the Department of Education and the editor-in-chief of Epicurious magazine.

Over 1200 young chefs entered the challenge which was pared down to the 54 young food ambassadors who will join the First Lady at the White House on Monday, August 20. In addition to the White House luncheon, the children, along with one of their parents, will tour the White House vegetable garden and be given a behind-the-scenes look at a new Julia Childs exhibit at the Smithsonian Institute that isn’t open to the public yet.

Other winning entries include “Alaska Teriyaki Salmon Wrap,” “Kickin’ Chicken Salad,” “Miss Kitty’s Egg Salad Sensation” and “Golden Moroccan Butternut Stew.” All of the recipes will be found online at the Epicurious Healthy Lunchtime Challenge website, along with a full list of the winners. By the end of August, a free downloadable and printable e-cookbook of the winning recipes, including nutritional analyses, photos and drawings, will be available at the same Epicurious website and also letsmove.gov.