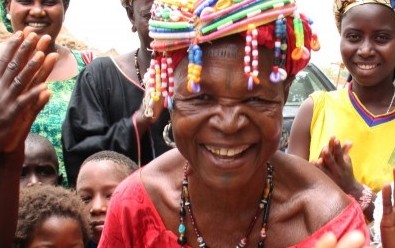 LatinaLista — From the African continent to the Americas and Europe to Asia, there is a thriving woman’s movement that until now has been largely under the radar. In fact, if it weren’t for photo journalist Paola Gianturco, the world may have remained totally ignorant of just how potent is this particular movement. 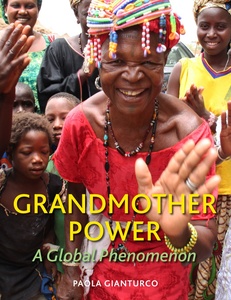 But thanks to Gianturco’s latest work, just released in hardback and e-book, the world now knows about Grandmother Power: A Global Phenomenon.

It was a trip to Africa several years ago where Gianturco saw how grandmothers were assuming new roles in their families and communities because of the AIDS epidemic. It caught her eye because being a new grandmother herself, she could relate to them. She also knew that Africa couldn’t be the only place where grandmothers had risen to the challenge. So, she started searching for others.

Her search took her on a journey to 15 countries on five continents where she met and chronicled the activities of 120 “activist” grandmothers.

Grandmothers in Canada, Swaziland, and South Africa collaborate to care for AIDS orphans. Grandmothers in Senegal convince communities to abandon female genital mutilation. Grandmothers in India become solar engineers and bring light to their villages while those in Peru, Thailand, and Laos sustain weaving traditions.

Grandmothers in Argentina teach children to love books and reading. Other Argentine grandmothers continue their 40-year search for grandchildren who were kidnapped during the nation’s military dictatorship. Irish grandmothers teach children to sow seeds and cook with fresh, local ingredients. Filipino grandmothers demand justice for having been forced into sex slavery during World War II.

Guatemalan grandmothers operate a hotline and teach parenting. In the Middle East, Israeli grandmothers monitor checkpoints to prevent abuse and the UAE’s most popular television show stars four animated grandmothers who are surprised by contemporary life. Indigenous grandmothers from thirteen countries conduct healing rituals to bring peace to the world.

According to Gianturco, the author of five other photo-essay books, there were stories of many more grandmothers she just couldn’t fit into the book. In an interview with the Marin Independent Journal, Gianturco said, “There are grandmother groups in 30 countries all working on completely different issues with a kind of energy and creativity and passion that really surprised me, and as far as I could tell, nobody was talking about this, nobody was writing about this looking at this trend all over the world.”

In reflecting on why grandmothers have risen to the challenge in their local communities, Gianturco points to a number of possible factors contributing to the global phenomenon: women are outliving men; they’re more educated, healthier and younger than in the past, and the fact that more grandmothers are assuming full-time caregiver roles for their grandchildren — 1.7 million grandmothers vs. 1 million grandfathers — a perfect storm for why grandmothers aren’t content to sit back and do nothing these days.

With its full-color images of each grandmother, their story comes alive in a book that begs for more stories to be told. A companion web site serves as an extension of the book, as well as, a source to empower other grandmothers with suggestions of activities to get involved in and a listing of grandmother groups broken down by country.

The site also lets readers know where Gianturco will be during her current binational, cross-country book tour. One last contribution by Gianturco towards this project is her pledge of donating 100 percent of her royalties to the Grandmothers to Grandmothers Campaign of the Stephen Lewis Foundation, which benefits grandmothers in 15 African countries who are caring for AIDS orphans.

activists, featured, grandmothers
Previous Post Argentina’s Capital Becoming Graffiti Mecca of Latin America
Next PostThe 47 percent should be insulted by Romney's statement and the rest of the nation should be appalled and fearful