LatinaLista — Today in Chicago, Rep. Luis Gutierrez announced the plans for DREAM Relief day events for Illinois undocumented youth to be held on August 15 at the Navy Pier ballroom. 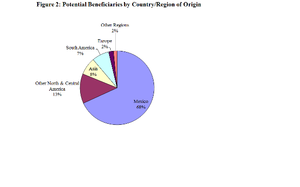 “This is the most important development in two decades for undocumented immigrants and we intend to get as many young people as are eligible signed up and in the system,” said Rep. Luis Gutierrez. “We are organizing the community and working with partners across the country to make it happen. I hope young people will come forward and check with us before paying huge fees to lawyers and others, because we are going to make this policy work and it will serve as a model for the broader immigration reform we need in the future.”

A new report by the Immigration Policy Center titled Who and Where the DREAMers Are: A Demographic Profile of Immigrants Who Might Benefit from the Obama Administration’s Deferred Action Initiative sheds light on who and where the undocumented youth, otherwise known as DREAMERs, live and hail from.

Though 900,000 undocumented youth would immediately benefit from the President’s action, the number of potential beneficiaries totals over a million — all those children who are still in elementary, middle, junior high and high school are the ones who will be looking towards their turns at being able to have the paperwork that says they belong in the US — at least for a while.

With over a million children impacted by an undocumented status, it doesn’t make sense for this country to educate but not recognize the contributions each of these children has the potential to make to this struggling economy and uncertain future.

Knowing that politics is at the root of denying these children and their families any recognition or chance at living their lives out of the shadows creates a growing disgust and impatience with partisan politics and is laying the foundation for a radical political future among a new generation.

DREAM, featured, undocumented youth
Previous Post New poll on youth voters' attitudes show majority have made up their minds for 2012 election
Next PostIntrn'l Video: Exploring the state of Cuban cinema 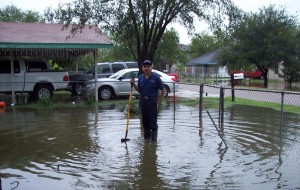 New poll on youth voters' attitudes show majority have made up their minds for 2012 election
4 Comments
Intrn'l Video: Exploring the state of Cuban cinema