Racism isn’t a joke no matter how it’s drawn

LatinaLista — Do you remember when you were a kid and the butt of a particularly mean-spirited joke played on you by your older brother or sister or the bully on the playground?
The joke was sufficiently mean enough to make you cry and make you shout the infamous line heard in every family round the world, “I’m going to tell Mom (or substitute your own bully-protector) on you!”

New York Post editorial cartoon under attack for being racist.
That announcement usually instilled some level of fear into our attacker that he/she would immediately retort, “Can’t you take a joke?”
The older we got the more that line stopped us from tattling. We didn’t want to appear so uncool that we didn’t get the joke, which was always an “inside” joke at our expense. So we silently suffered through the so-called “joke” because we didn’t want to appear like we were too stupid to get what was supposed to be funny.
It’s the same feeling I get whenever I level a charge of racism. For those who are committing it, their denial almost always sounds like to me they are saying “Can’t you take a joke?”
Well, it’s taken a while to learn that a joke is only a joke when it tickles my funny bone as much as the jokester. If it doesn’t make me laugh but appalls my sensibilities disproportionately to the amount it delights the jokester, it’s not a joke but an insult that needs to be addressed.

Today, the New York Post ran an editorial cartoon spoofing the recent death of a chimpanzee that was in the news for suddenly turning violent after having spent its lifetime growing up as part of a human family. After mauling a family friend, the police had to shoot the animal dead.
The editorial cartoonist chose to make light of this tragic incident by recreating the police shooting the chimp â€” complete with blood splatter. However, the cartoon’s text wasn’t in reference to the chimp’s death but, of all things, the recent Stimulus Bill championed by President Obama.
The text, in a bubble over one policeman read, “They’ll have to find someone else to write the next stimulus bill.”
Of course, organizations and people of color have come out charging this cartoon as racist. And of course, the New York Post is defending it by saying it isn’t.
And I can’t help but hear that old line, “Can’t you take a joke?”
So, for the editors and the cartoonist at the New York Post who must be shown why this isn’t mere satire or a joke and why so many of us find it offensive, I would ask they consider the following:

1. It’s not funny. It’s not funny that a family who raised an animal from infancy and treated it as a member of their family should have to helplessly stand by and watch as it mauls a family friend and be forced to call the police to kill it.
2. Any slightly educated person knows the historically insulting comparison used by racists in this country of chimps/monkeys with African Americans.
3. With all the media coverage of President Obama promoting the Stimulus Bill, it’s common knowledge that everyone equates this bill with him. To provide text referring to who is pushing the Stimulus Bill, goes without saying that it is in full reference to President Obama.
4. This cartoon doesn’t represent some “inside joke.” It actually represents something much more disturbing â€” that racism has so infiltrated our social mindset that a cartoonist and a group of editors would not recognize that this would be offensive to African Americans and all of us who strive to see each other equally.

All of this boils down to one thing â€” the New York Post editors and publisher will have to do a better job of explaining this “joke,” because I for one do not get it and I’m not alone! 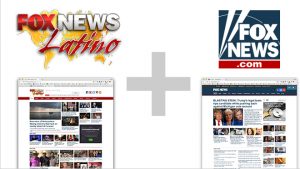