Experiencing the Life of the Ancient Puebloans 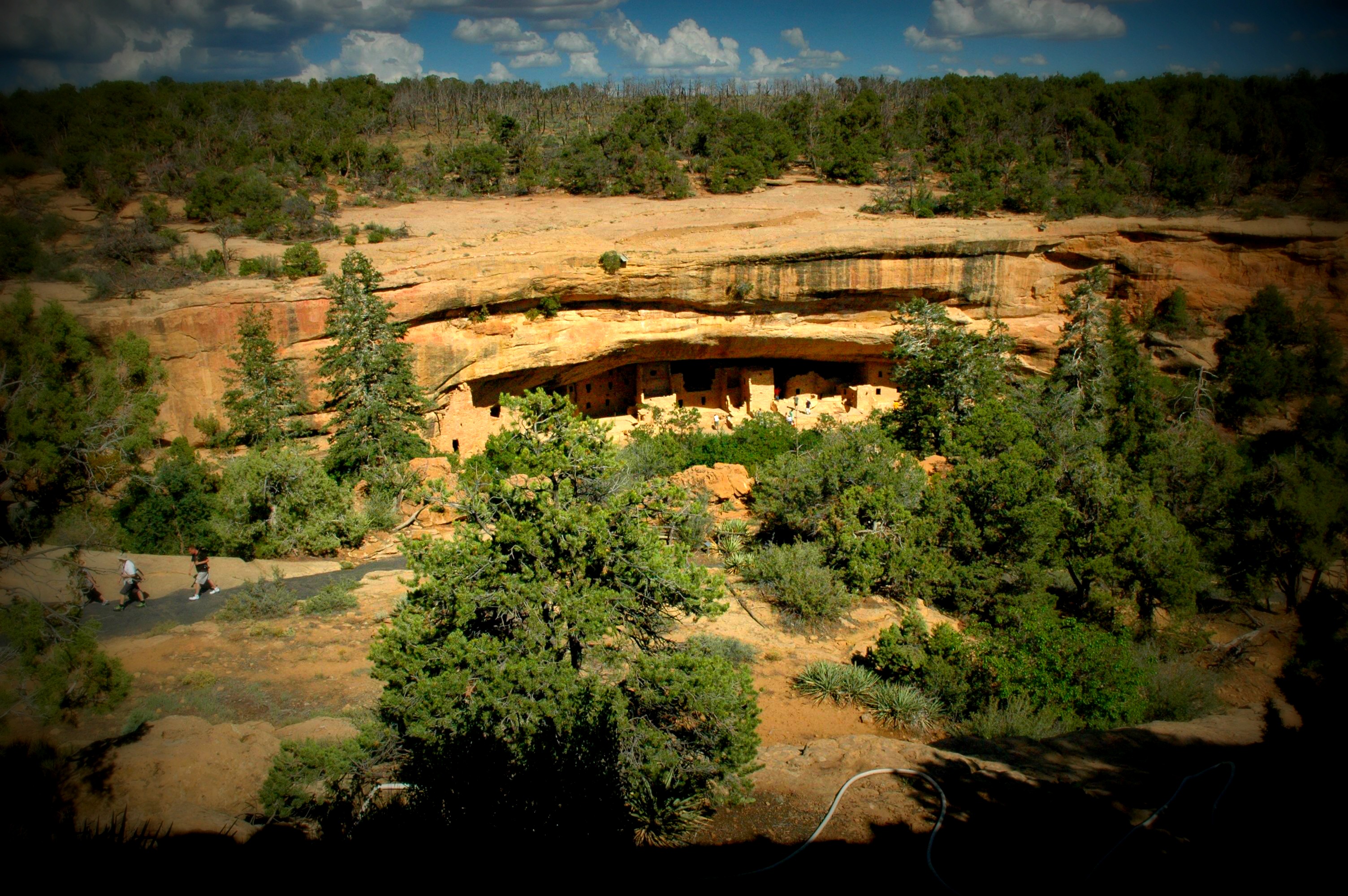 During our visit to Mesa Verde National Park, we have seen many areas in the Cliff Dwellings called kivas. The Ancestral Puebloans who built them possibly used the kivas as living rooms or places of worship. At the dwellings, like in Cliff Palace, they were big circular holes that were dug underneath the ground. At the Spruce Tree House dwelling we were able to see a kiva with a refurbished roof and climb down into it like the Puebloans did.

There was a ladder at the top with a small hole that led down into a round, 8-foot-tall room. There were areas to sit and store items. It was dark with the only light coming from the top hole. According to the ranger, in the winter the room could become quite toasty when it was filled with an entire family. On this summer day, with my two boys and a couple of other families, it was very warm.

It’s sites like this that make Mesa Verde so special. We’ve visited five cliff dwellings since our arrival at the park and we’ve learned something new at each one. At Long House, where we took a Park Ranger guided 90-minute walking tour, we saw how the Puebloans were able to get water in an area with little rain and no big bodies of water. Small amounts of water would seep through the wall of the cliff. With only 18 inches of rain per year, the Puebloans couldn’t let any water go uncollected. They dug these holes in low spots to catch it.

At Step House, we saw a pithouse roof that had been rebuilt by the National Park Service to show how the Puebloans’ houses looked approximately 1400 years ago.

And at Basketmaker Pithouse, we saw where the Puebloans lived on the mesa top before they made the cliff dwellings.

Some of the coolest things we saw were the Petroglyphs at Long House and of course the beautiful views.

It is so amazing to see up close and in real life the progression of the Puebloan civilization over such a long period of time in such a compact area. On the Wetherill Mesa we were able to see how they started to settle down with the pithouses, evolving over centuries into above-ground masonry houses, then multi-story pueblo communities, then moving below the cliffs to build astounding complexes.

This is the type of history we read about in other cultures in far away continents. But it’s here, in our own backyard, and it’s so amazing to see.

Yvonne is the Editor and co-Founder of MomsLA.com. Find more of her writing at MomsLA, Babble, and LatinaMom.me.

Undocumented Asian Students Live Under the Radar
Comment
Guest Voces: How DACA is Impacting the Lives of Those who are now DACAmented