Latina Lista: News from the Latinx perspective > Columns & Features > BlogBeat > Latino immigrant works his way up the vine to create own label 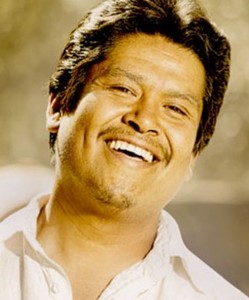 Fernando Candelario followed in the footsteps of his parents, Jose and Anita Candelario, who have been working in the vineyards of the Napa Valley since they arrived from Mexico in 1979 by coming here himself in 1984.

His first job was working in the cellar at Mondavi. While working there, he met Greg Brown, who later left Mondavi and went to work for Turley Wine Cellars. While at Turley, Greg asked Jose to come to Turley to help him launch his new label T-Vine.

After 10 years of working side-by-side, Greg Brown asked his trusted Cellar Master to take on the role of Winemaker. For Fernando, this was a dream come true.

After establishing himself as a respected wine maker for T-Vine, Fernando launched his own label called Voces, which can be found on the wine list at Per Se in New York City.

Having learned few tricks from Turley, Fernando’s specialty is Zinfandel, although anything he creates is delicious, elegant and balanced.