New York state will begin awarding a state seal of biliteracy to high school graduates who demonstrate that they are proficient in two or more languages. The state follows California, which in January became the first state in the country to award a similar seal. 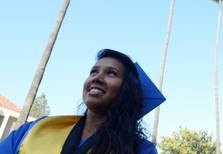 Students must demonstrate they are proficient in listening, speaking, reading and writing another language.

Gov. Andrew Cuomo announced that he had signed a bill into law this week enacting the new seal. It will be attached to diplomas and high school transcripts and will go into effect on September 1. ”Giving the proper credentials for those students who are proficient in English and a second language will be instantly recognizable as an achievement of language proficiency for both colleges and employers,” bill co-sponsor State Senator Joseph Robach said in a press release.

California recently awarded its first seals to the graduating Class of 2012 and more than 10,000 students earned the distinction. The Press-Enterprise newspaper in California reported that many students and school administrators hope the seal will help their odds of finding work. ”We feel it strengthens students’ ability to work in our community and in other communities where there’s a bilingual population,” San Bernardino schools spokeswoman Linda Bardere told the newspaper.

According to the California Department of Education, about 70 percent of the students earning seals showed Spanish proficiency. To earn a California seal in a second language, students must meet certain criteria. Graduates must have a “C” average in their English language arts classes and show English proficiency on the eleventh grade California Standards Test.

In addition, they must also demonstrate proficiency in the other language by earning a three or higher on an Advanced Placement exam, passing an International Baccalaureate exam with a four or higher, or taking four years of foreign language courses in high school and earning a “B” average or higher.