Guest Voz: Defining Chicano identity means knowing the Mexican past within the context of U.S. history 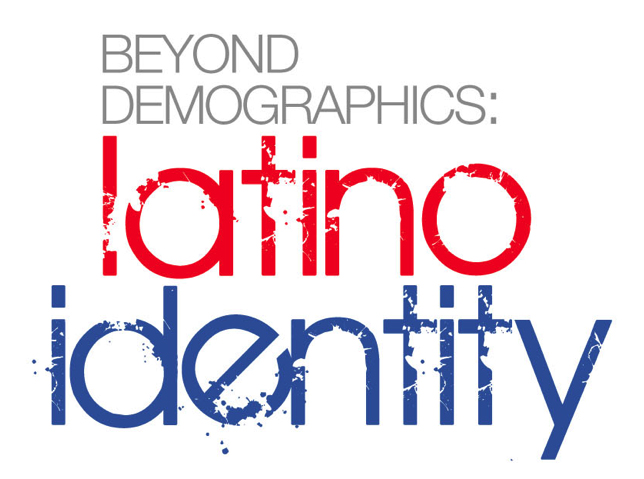 For the past forty plus years, the question of Chicana/ identity has evoked passionate discussion. It got one of my favorite Chicano scholars, the late Dr. Ramón Ruiz, into hot water.

Don Ramón, for those of you who did not know him, was one of a kind and always spoke his mind. As a consequence, he was controversial, partially contributing to why he has never been properly recognized by the Mexican American community. For instance, NACCS (National Association for Chicana and Chicano Studies) never considered him for the NACCS Scholar Award that, in theory, goes annually to a Chicana or Chicano with a lifetime of activism and scholarship.

Admittedly, don Ramón did not fit the criterion of an activist, but truth be told — very few of the recipients have met this standard. At least, in my view, don Ramón’s body of scholarly work trumps us all.

He had a booming voice, and did not shy away from controversy. When I first met him in the early seventies in San Diego, we were panelists at a community forum. This was at the time when Chicano identity had just been defined so we took the label and ourselves very seriously.

Most in the audience had come to listen to don Ramón make an act of contrition and confess how grateful he was to the Chicano Movement for rescuing him from Smith College where he had been a tenured professor for over a dozen years.

Ever the iconoclast don Ramón advised the audience that we should bow south to Mexico three times a day and contemplate our navels. As I can remember, I did not deviate from the party line and was offended. I thought that perhaps he had forgotten that our identity was formed in las entrañas del monstruo and our struggle was here in the USA.

Over the years don Ramón grew on me, and I found myself defending him. Instead of reacting, I began to listen — even though at times it was difficult – even dangerous. Emotions sometimes got out of hand like when he told an audience that Mexican culture was not indigenous, not mestizo, but criollo. His statement flew in the face of the Mexican and Chicana/o nationalism of the time – he had committed a mortal sin.

Ramón’s statement reminded me of the uproar at the revolutionary Aguascalientes convention in 1914 when Antonio Díaz Soto y Gama showed his contempt for the Mexican flag by spitting on it, saying that it symbolized the “triumph of clerical reaction.” The story has it that the Villistas pointed their guns at Soto y Gama and many verbally threatened him. Soto y Gama was saved by the Zapatistas whose guns were pointed the other way.

Even before reading E.J. Hobsbawn’s Nations and Nationalism since 1870: Programme, Myth, Reality that focuses on the cultural factors that create a sense of community and a new nation, I had begun to question nationalist narratives. The notion or myth of “el indio Juárez” had been replaced in my mind by “Juárez, Mexico’s first capitalist president.”

Hobsbawm made the point that societal elites invent cultural ties and traditions that are used to define both a nation’s exceptionalism and determine who does or does not belong to the club (community). Accordingly, popular culture is used by the elites to keep the masses in line. Thus, Mexican history is a captive to the myth of the good guys, the Liberals, battling the bad guys, the Conservatives.

Historian William H Beezley, Mexican National Identity: Memory, Innuendo, and Popular Culture, seemingly offers a counter argument, and claims that a Mexican national identity was forged in the streets by ordinary people during the nineteenth century.

According to Beezley, the folk popularized everyday events such as independence festivals, children’s games, annual almanacs, and performances of travelling puppet theaters. Thus, figures such as Father Miguel Hidalgo who were unpopular in their time were promoted. The government played a role in making Hidalgo the father of Mexico which led up to the 16th of September – Hidalgo was much more palatable than Agustín de Iturbide in 1821.

It is fair to speculate and ask which of the “Many Mexicos” was influencing the formation of Mexican identity most. For a bright light, I return to Hobsbawm, who in an anthology co-edited with Terence Ranger, The Invention of Tradition, writes that many of the traditions that are now thought to be very old in their origins and the products of long usage were invented comparatively recently.

My favorite work on Mexican identity is Jeffrey Pilcher’s Que Vivan Los Tamales!: Food and the Making of Mexican Identity that examines the evolution of mestizo recipes, which is common sense when you consider that the native peoples did not have pork or beef. According to Pilcher, Mexican food is the blending of the spices of the conquerors and the conquered.

However, the revelation that cut me to the core was a story that mole was invented by Spanish nuns using Indian ingredients blended with Spanish tastes. Pilcher shows how regional variations and menus make Mexican cuisine one of the richest and most sophisticated in the world.

Pilcher even drags the tortilla into the discussion, and describes how it was used to help subjugate the people: “the tortilla discourse really served as a subterfuge to divert attention to social inequalities… Rural malnutrition resulted not from any inferiority in tortillas; instead, poverty, particularly the lack of land, made it impossible to obtain a well-balanced diet.”

According to Pilcher, after 1940, the urban middle class usurped the popular native foods of the lower class and baptized them as Mexican cuisine. The foods were like an identity struggle where tastes were defined by the proverbial pocketbook.

What you ate distinguished your economic class. Indeed, the indigenous tastes were kept alive by the social and pecuniary status of the people. From my experience, often the accessibility to beef and bread was a sign that you had some money.

When I was growing up, a family who did not have meat on the table was considered poor and/or unemployed. Beans and tortillas were more traditional because they were cheaper and more available to working people.

Don Ramón came back to California in a time when there was a reaction to colonialism, and Chicanas/os urgently wanted to return to their roots. Everyone suddenly had an Azteca or an indigenous grandmother. Not wanting to offend anyone, in retrospect, I believe that a lack of discussion or knowledge of history stood in the way of finding a common identity.

My colleague, Fermín Herrera, has said that in order to know a culture you have to know the people’s language. He teaches our class on Nahuatl, a Uto-Aztecan language, still spoken mainly in central Mexico by about 1.5 million people. He teaches and researches history in the context of the Nahuatl language.

The Mexica Movement features Herrera in a ten-part YouTube series. Marcos Aguilar and Minnie Fergusson have also made a valuable contribution in the founding of Semillas del Pueblo, a public charter school where Nahuatl is taught in grades K-12.

The question of identity is a serious topic and merits serious study and reflection. If we do not study history or bother to learn native languages, the study and identification of indigenous people becomes another invention or fad, which may or may not lead to a co-optation of the Native American or Mexican indigenous cultures.

While I do not believe that we should turn south every day and contemplate our navels, we should know Mexico.

Know the Mexican past in the context of the United States in order to define what Chicanas/os, Latinos, Indians or other variants are. We should not let what we think stand in the way of what it is — it only detracts from the reality and plays into the hands of the ruling elites.