LatinaLista — Most experts believe that once children enter the juvenile justice system, their hope for a brighter future is diminished, if not erased. Statistics reveal that 75 percent of children who spent time behind bars, or a barbed wire fence, return.

Are these children just bad kids who deserve to be locked up? The overwhelming response to such a question has usually been in the negative but most people are helpless to suggest what more can be done to steer these kids onto the right paths.

Not Susan Lankford. The award-winning photojournalist spent over a year visiting San Diego’s juvenile hall and realized that the solution to keeping kids returning to incarceration was simple and just requires common sense and knowing that every child needs a role model in their lives. 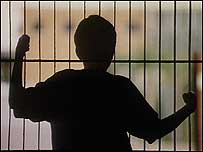 Most of the 2.3 million Americans in prison today have children in the juvenile justice system (500,000) or in foster care (550,000). The majority of these kids need not be there. There are four essential things we can do to reduce or eliminate the at-risk behavior that sends them into juvenile halls or paid parenting.

Very often these children have been abused, traumatized and/or abandoned, and their education has been denied or neglected. Frequently, the parents of these children mistreat them through ignorance, immaturity-induced rage, their inability to love and/or the lack of secure boundaries.

Angry, unhappy youths erupt with incomprehensible levels of acting out and self-destruction, often belonging to gangs and experiencing early teen pregnancy, which only exacerbate the problem.

Youth incarceration is supposed to be geared toward rehabilitation, not punishment. But because America instinctively chooses to lock these troubled youths up and forget them, and because most jurisdictions lack statutorily mandated recovery and remediation programs, there is a shocking 75% recidivism rate over two years among these youngsters.

Non-violent youths would be much better off learning a trade and developing positive work ethics, performing community service, helping others, caring for animals in Humane Society settings and belatedly developing reading and math skills that earn them diplomas or GEDs.

Based interviews with pediatric psychiatrists, neurobiologists, judges, probation officers and other professionals—as well as discussions my daughter and I conducted with more than 120 incarcerated teenagers. Our research yielded highly useful advice on ways to end or prevent youth incarceration and keep more kids out of foster homes.

A first key is proper early childhood development. Dr. Diane Campbell, a leading specialist in child development drew a timeline of childhood development from birth to age twenty-one. She marked the critical stages for successful development or for the derailments that push forward to the next critical marker. For instance, the two-year-old tantrums that are not resolved by age five are disruptive in the kindergarten classroom, causing havoc for the teacher and the other children who are vulnerable. If the parent is defensive, this disruptive child will not receive help or resolution for his or her issues. Most parents do not receive essential messages from teachers that pertain to their child’s emotional well-being with positive affirmation.

At age five, a level of guilt awareness needs to have been achieved. Age seven to nine tends to be an inappropriate and unsociable stage, where kids do a lot of acting out, sometimes with violence. By teenage years, youths who have not been properly educated and imbued with self-soothing social skills, confidence and curiosity, are headed for trouble.

Secondly, one of the main things I learned is that there is a critical need for a family with a good-enough, consistent, loving and nurturing figure who helps children through the developmental stages so as to produce an empathic, responsible youth, capable of resilience, adjustment and impulse control.

I also indict today’s educational system for its failure to respond to the critical needs of students. I detail terrific programs which have discovered how to motivate kids who can’t meet classroom demands.

A third major point is that we need to start teaching parenting early. Fourteen-year-olds in juvenile detention often have kids but lack any ideas on how to parent properly. Drug abuse and gang membership are growing exponentially today, so we need to teach the reasons and means to avoid these traps.

Fourth, every community should insist on and offer programs that rehabilitate incarcerated children, teaching them useful skills and helping them develop positive, life-affirming attitudes. In my community of San Diego, many fine programs of this type have been offered, until the recent economic crisis forced the reduction or curtailment of many of them. In California, we spend $14 billion on locking folks up, without mandating improvement before release. We are also having early releases from state facilities, to save state expenditures.

In the media we constantly hear that our country is the greatest in the world. Yet we rank low in quality of education. And we are number one in the world for the most incarcerated.

Susan Lankford is the award-winning author of Maggots in My Sweet Potatoes: Women Doing Time and downTown U.S.A.: A Personal Journey with the Homeless. Born, Not Raised: Voices From Juvenile Hall is the last volume in this trilogy. She also executive-produced the film “It’s More Expensive to Do Nothing.”