Guest Voz: The Unraveling of the Latino Conservative Myth

As we saw in the elections, political pundits were somehow shocked that Latino voters came out to support Democratic candidates.

Many think that the Latino community is by nature conservative, but this is far from reality. Who can forget that 75% of Latinos swept President Obama to victory and that 77% voted for the Democratic House candidates? And you can hardly say that all Latinas are conservative: they supported Obama with 77% of their votes. 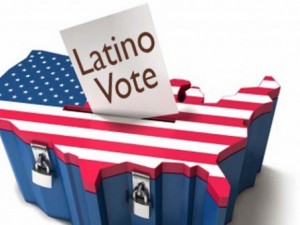 So it comes to no surprise to us that the Mexican Supreme Court paved the path for same-sex marriage in all 31 states of Mexico last week. In a unanimous ruling, they struck down a same-sex marriage ban in Oaxaca, building off of a 2010 decision that held that same-sex marriages in Mexico City must be recognized nationwide.

Mexico isn’t the only Latin American country where marriage equality is becoming the norm. Just recently, a same-sex marriage bill passed the first round of Senate votes in Colombia. In Uruguay, their legislature is on the cusp of legalizing same-sex marriage, extending the right to all individuals regardless of gender identity or sexual orientation.

Although the Mexican Supreme Court ruling strengthens the legal arguments for same-sex marriage in both the United States and in other parts of Latin America, this decision is exciting because it contradicts the unconsciously accepted idea that all Latinos are conservative.

And it’s not that Latinos are socially liberal just on same-sex marriage (55% percent of Latinos support it), but that we support a wide range of social justice issues.

In Maryland, Latinos voted for both marriage equality and for their state’s DREAM Act. In Florida, with our awesome partners, Mi Lola, we defeated Amendment 6 which would have further restricted insurance coverage for abortions.

In fact, we knew that we would defeat legislation like Amendment 6 because of a study we conducted a few years ago. In partnership with Lake Research Partners and Reproductive Health Technologies Project, we found that 74% of Latino registered voters agree that a woman has a right to make her own personal decisions about abortion without political interference and that 67% would support close friends and family members who choose to have one.

When it comes down to it, we not only want immigration reform, but we also demand marriage equality, reproductive freedom, economic justice and fair and just solutions to the other social problems our communities face.

Politicians know that they can no longer divide us but that they have to represent all of us.

Candace Gibson is a Reproductive Justice Fellow and Policy Analyst with the National Latina Institute for Reproductive Health based in Washington, DC.

Yoga practice stretches to new heights in El Paso
Comment
Study: Many Young Latinos are Out of School and Unemployed