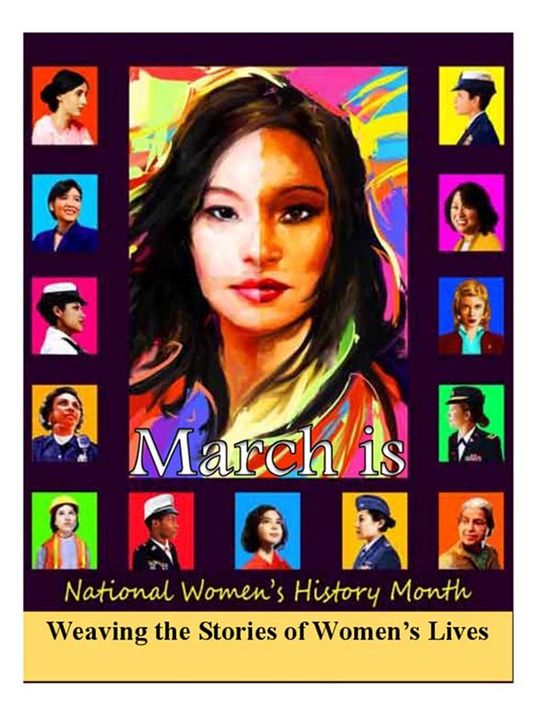 Curious about Women’s History Month, I browsed the pages of womenshistorymonth.gov.

Being a Latina and scholar, I gravitated to the “For Teachers” page where I found a treasure trove of educational materials focused on women: women in history, the arts, politics, folk life, and women in war. There were links to archives of notable white and African American women and a wide range of topics.

However, in terms of resources about the contribution by Latinas or Mexican American women in particular, the website was grossly wanting.

Within U.S. history there is a vast body of literature on the contributions of Mexican American women that is missing.

So I came up with a list Mexican American women to honor this Women’s History Month.

1) Dolores Huerta, co-founder of the United Farm Workers Union, continues to fight today to improve the lives of workers and immigrants.

3) Artist Carmen Lomas Garza has caught on canvass the quotidian lives of Mexican Americans in a deeply human way.

4) Few of us have been left untouched by the award winning “The House on Mango Street” by prolific author Sandra Cisneros.

5) Professor Antonia Castañeda has taught generations of Chicana scholars, and continues to do so today.

6) The late Chicana/lesbian/feminist theorist Gloria Anzaldúa, broke ground through prose and poetry to sensitize communities about migration, borders, and the borders in our minds.

7) Hilda Solis, who as Secretary of Labor under President Obama, was the first Latina cabinet members in our nation’s history.

8) Loretta Sanchez, has been elected to Congress 10 times and is the second highest ranking Democrat on the House Armed Services Committee.

10) Astronaut Ellen Ochoa was the world’s first Hispanic female astronaut and continues to speak to groups of students and to encourage young women to explore science as a career.

The economic contributions of Hispanic women as a whole (from all ethnic groups) should also be celebrated.

According to the National Women’s Business Council, there has been a dramatic increase by 45.7 percent of Latina owned businesses since 2002, and a 133.3 percent increase since 1997.

This rate of growth surpasses that of Hispanic men. This has translated into $55.7 billion in receipts that contribute to our nation’s wealth and growth. Not surprisingly, the largest number of Hispanic women-owned firms is in the western part of the United States, and in particular, California.

Understandably, the realities of today’s fiscal belt-tightening environment has made it increasingly difficult to carry out the immense responsibilities associated with such a project as WomensHistoryMonth.gov.

However, I don’t hesitate to say that the women currently honored there — many who fought long and hard for inclusion and social justice — would cringe at the thought of perpetuating exclusion.

Anna Ochoa O’Leary is an associate professor in the Department of Mexican American Studies at the University of Arizona and a public voices fellow with The OpEd Project. She is editor of a two-volume encyclopedia on the experiences of undocumented immigrants in the United States and a text book in Chicana/o Studies.