Botas Picudas: New style emerges from Mexico and makes a ‘point’ in Austin 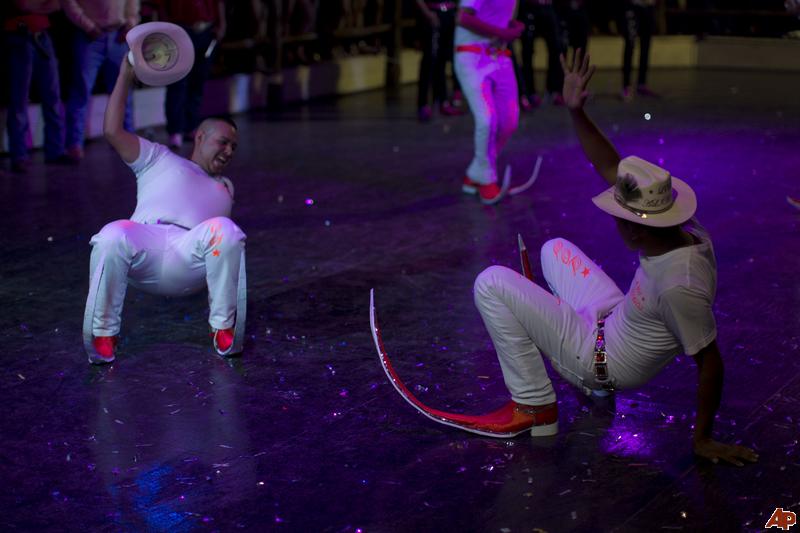 Mexican pointy boots (Spanish: Botas picudas mexicanas) are a style of pointed fashion boots made with elongated toes that are popular footwear for men in parts of Mexico as well as in the United States.

The boots are said to have originated in Matehuala in the Mexican state of San Luis Potosí in 2009 and expanded to parts of the United States where large numbers of Matehualan migrants live, particularly in Dallas, Texas, but also in Tennessee, Mississippi and Oklahoma.

The appearance of the pointy boots has coincided with the popularity of “tribal guarachero” music, hyphy tribal or tribal. Tribal music has been described as “a mixture of Pre-Columbian and African sounds mixed with fast cumbia bass and electro-house beats.”

Boys and men that wear the pointy boots have formed all-male troupes to compete in danceoffs at local nightclubs to tribal music. Participants in the contests spend weeks choreographing their dance moves and fabricating their outfits which commonly include “matching western shirts and skinny jeans to accentuate their footwear.” In Matehuala, prize money ranges from $100 to $500. The prize often includes a bottle of whiskey.

The dance troupes have reportedly become so popular that they are being “hired to dance at weddings, for quinceañeras, celebrations of the Virgin of Guadalupe, bachelorette parties and even rosary ceremonies for the dead.

Here in Austin, Texas las botas picudas can be found in stores in the heavily Hispanic neighborhoods of Rundberg and the St. Johns area.

Austin, boots, Mexico, style
Previous Post Report: Both parties have ‘work cut out for them’ to reach Hispanic vote
Next PostGuest Voz: 6 Steps The President And Congress Can Take To Help Young Men Of Color

Report: Both parties have ‘work cut out for them’ to reach Hispanic vote
Comment
Guest Voz: 6 Steps The President And Congress Can Take To Help Young Men Of Color