CHICAGO — Every 10 years the Chicago City Council has to adjust its 50-ward map to reflect whatever new population data is found through the U.S. Census. 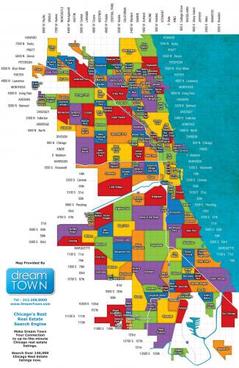 It’s not just municipal legislatures that are affected – state and U.S. rep districts are also modified. But wherever remapping and redistricting goes on, it is usually an exercise in, A. protecting incumbents and B. protecting the party in power (in that city or state).

Down in Springfield, Republicans are up in arms over the new Democrat-drawn state lines, threatening serious legal action. But here in Chicago, creating a new city ward map isn’t going to be about parties or even incumbency alone. It’s about race.

Federal law mandates that legislative areas be drawn to both encourage minority representation and that they be “compact and contiguous.” The first addresses minority groups historically not having the opportunity to elect out of their own racial/ethnic ranks and the second is meant to prevent gerrymandering – the practice of connecting disparate pieces of geography together in order to create a desired majority.

The problem is, these mandates can be contradictory, as unofficial gerrymandering has at times been a go-to technique for creating a majority Latino district (take a look at the map, for example, of Luis Gutierrez’ 4th district that was created to have a majority Latino population).

Now these two legal requirements seem to be at odds with each other in Chicago, with black aldermen advocating strongly for the “compact and contiguous” one and Latino alderman pushing for minority representation over all.

The reason is that the new Census data shows that the black population in Chicago has decreased by 200,000 people, whereas the Latino population has increased by 25,000, especially on the Southwest and Northwest sides of the city. Overall, Latinos now represent 29 …