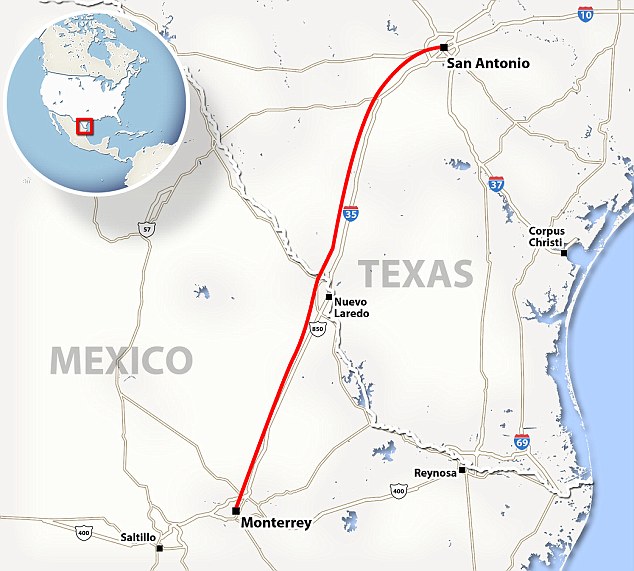 LAREDO, TX — Plans to build a high speed passenger rail service from San Antonio to Monterrey could be extended to Mexico City, a congressman from Nuevo León tells the Guardian.

Diputado Marco Antonio González says permits and right of way acquisition have already been acquired between Monterrey and the Laredo-Colombia Solidarity Bridge. González said he is now working on the same for Monterrey to Querétaro.

“At the moment, the only international passenger line out of the United States runs to Montreal, Canada. We want to have the first line on the southern border, in order to make our countries more integrated,” González told the Guardian.

“There is already a high speed passenger line between Mexico City and Querétaro. We are going to lobby before 2018 for a line from Querétaro to Monterrey. So, basically, you could then get a service from Mexico City to San Antonio.”

On Jan. 16, González accompanied U.S. Rep. Henry Cuellar and Texas Department of Transportation officials on a trip to Washington, D.C., to meet with U.S. Transportation Secretary Anthony Foxx. “It was a very positive meeting,” González said.

González said the state of Nuevo León has been working on the Monterrey to Laredo-Colombia rail project for the past four years. He said it would cost approximately $1.5 billion U.S. dollars.

“We had this project started four years ago without knowing whether there would be any interest from the U.S. Originally we thought it would only be for freight, not passengers. It was the U.S. that changed the focus for us. They had an interest in the transportation of both freight and people.”

Asked how much support there is in Mexico for the project, González replied: “There is 100 percent support for this in Mexico.”

Congressman Cuellar said this is a good time to be discussing major rail projects in Mexico.

Mexico City, rail service, San Antonio
Previous Post Video: PBS airs new documentary looking at the "State of Arizona" since passage of SB1070
Next PostHow many languages can a child learn at the same time?

Video: PBS airs new documentary looking at the "State of Arizona" since passage of SB1070
Comment
How many languages can a child learn at the same time?