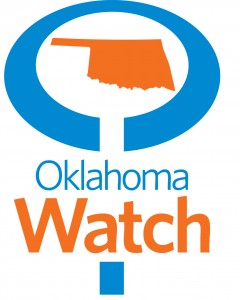 The health-care fate of tens of thousands of low-income parents is in limbo because of Oklahoma’s refusal to accept federal money to expand Medicaid.

Most of the attention so far on which Oklahomans will not gain access to Medicaid in 2014 under the Patient Protection and Affordable Care Act has been on adults without children. That group makes up most of the roughly 200,000 Oklahomans of working age who would have been covered if Gov. Mary Fallin had agreed to expand Medicaid, which provides health coverage for the poor, the disabled, children and others.

But also excluded will be as many as 50,000 Oklahoma parents with dependent children living at home, according to one study by a nonpartisan research group. That represents about a fourth of all low-income adults who would have been eligible for expanded Medicaid — the 13th highest share in the nation, according to the study by the Urban Institute, a nonprofit group based in Washington, D.C.

That prospect leaves some uninsured parents on edge. Although their children may get health insurance through federal or state programs, the parents’ health remains critical to the family’s overall well-being.

Greg and Keta Rogers, of Del City, are among those parents.

The couple, who have three children at home, do not qualify now for the state’s Medicaid program, called SoonerCare, because their income is too high. They will not be eligible for Medicaid under the Affordable Care Act because of Fallin’s decision not to expand the program. Fallin said she believes the state can’t afford expansion and would become more dependent on federal money that might be unavailable in the future.

Greg Rogers says he doesn’t understand the decision. “Why would someone turn down federal money that was going to help with the health of thousands upon thousands of people?” Rogers asked. “It just doesn’t make sense.”

The parents, like others, may also have no insurance options next year. That’s because they fall into a coverage “crater.” Greg’s income is too high for Medicaid now, yet also is slightly too low for the couple to qualify for buying subsidized coverage on a new federal health exchange, where people can shop for insurance online. From 130,000 to 170,000 Oklahomans are facing the same situation…