Distinguished English Linguist: Living in a world where lies are designed to sound truthful degrades language and life 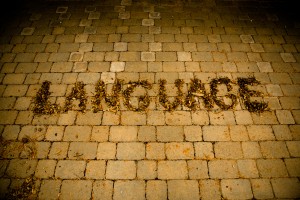 “… Political language – and with variations this is true of all political parties, from Conservatives to Anarchists – is designed to make lies sound truthful and murder respectable, and to give an appearance of solidity to pure wind.” George Orwell

The intentional misuse of words to cast spells on people’s perceptions and thereby motivate them to act against their own best interests – we used to call this ‘lies and deceptions.’ But that aroused ire and revolt.

Now it’s called ‘spin’ and is looked upon indulgently as an acceptable part of the political process in which candidates – with the aid of their highly-paid spin ‘doctors’ – use it to curry voters’ favor by mouthing carefully-crafted platitudes and offering pie-in-the-sky promises that their expensive focus groups have informed them their constituents desire to hear.

Then, after the candidates (and the media) have done their best to muddle and distract from the real issues at press conferences, ‘photo-opps’ and other highly-touted public spectacles, their minions step forward to further spin our opinions through “a strategic alteration of reality” – in which they tell us what they want us to think we heard and saw regardless of its relationship to what was actually said and meant, which is likely to have been right from the beginning nothing but ‘pure wind’ (plus the occasional unintentional disclosure).

Since rules about truth-in-advertising have not yet been extended to the political arena by those in charge of writing and promoting our laws and propositions (in congress with their corporate backers), our representatives seem to have no compunction against further confounding the language to compound voters’ confusion – by striving to deceive us into believing we are getting what we want when voting counter-intuitively: Yes means No and No means Yes.

What could be simpler than that? And thus the poor man fights for the rich man’s agenda.

“When a society becomes corrupt, what first grows gangrenous is language. Social criticism, therefore, begins with grammar and the reestablishment of meanings….” Octavio Paz

Next, come the word-mangling corporate language-wranglers – and high-sounding, off-putting academic obfuscators – who couch simple communications in unintelligible terms that must be deconstructed to be comprehended.

Their counterparts in the counter-culture are the skilled verbal gymnasts who ‘shoot-off their mouths’ in rapid-fire rap – displaying their linguistic prowess and cultural cool by blasting blowhards filled with hot air and issuing forth toxic invectives against all of those whom they perceive to be antagonistic to whatever rights or pleasures they desire to pursue.

It is by so doing that these ‘gangstas’ have gained cash and cachet for their admirable display of clever clichés – as icons and titans of the entertainment industry.

Amidst this ‘sound and fury signifying nothing,’ everything remains essentially unchanged – except in the accelerating velocity of its downward trajectory. For fighting fire with fire often fuels a conflagration that voraciously consumes everything in its path.

Voters are burned out and turn out in ever fewer numbers to cast their votes in elections that may already have been rigged. Disaffected youth roam the streets with no investment in their future and the same lack of social conscience that’s evinced by a sordid collection of ‘public servants’ and members of the financial sector.

And like a denuded forest, the language is reduced to skeletal structures that no longer have the power to clear the air or support any life at all. For in a war of words, everybody loses since the – “Decline of language is the decline of the life of the people who use it.”

What a conundrum we find ourselves in!

Is there any possible way we can rebuild on this muddled rubble of verbal babble – with all its befuddling reVERBerations and undermining rePERCUSSIONS?

In fact, there actually is an unorthodox, obvious – yet overlooked and forgotten – ancient option that deserves our serious consideration now more than ever. For as Orwell observed –

“…One ought to recognize that the present political chaos is connected with the decay of language, and that one can probably bring about some improvement by starting at the verbal end.”

Whether he knew it or not, Orwell was echoing an insight that dates back to Confucius. And though Confucius was said to have said it over 2500 years ago, it still provides an eerily clear mirror of our times.

What it further provides is a novel insight into what might be one of the significant causes for these perpetually recurring dystopic conditions and how we can begin to resolve them by ‘starting at the verbal end:’

“It was said of Confucius (Analects, 13.3) that when asked what he would do first if he were given charge of the administration of a country, he replied: ‘It would certainly be to correct language.’ … He explained that if language is not correct, then what is said is not what is meant; if what is said is not what is meant, what ought to be done remains undone; if this remains undone, morals and arts deteriorate, justice goes astray, and people stand about in helpless confusion.

With this may be compared the words given to Socrates by Plato, ‘Phaedo,’ 115e: ‘You may be sure, dear Crito, that inaccurate language is not only in itself a mistake: it implants evil in men’s souls.’”

This discerning perspective has been echoed through the ages by such disparate literate notables as Rumi and Wittenstein, Terrence McKenna and Gary Zukav among others.

WordMagic: Using the Word for the World’s ReCreation will assemble enough of these echoes to amplify their message so we cannot ignore it. Next, it will extricate wordplay from the exclusive province of humor – and plumb some very ordinary puns to reveal the Secret Spells they cast on our unwitting minds.

By so doing, WordMagic will demonstrate that the English language, which is the leading software of the Western Mind, is already intensely back-loaded with societal biases, akin to computer viruses, that incline our thinking in self-destructive directions – well before any master manipulators can set about their nefarious tasks of casting linguistic bewitchments to further meddle with meanings and create the confusion required to heArd listeners toward desired outcomes that benefit parties rather than people.

Finally, WordMagic poses the fundamental question: ‘Since a language can be degraded, can it not also be upgraded?’ It then answers this question with a simple prescription for how to foment a “linguistic reVOLTage” in which we collectively, creatively elevate the amperage on the English language and thereby fulfill what Confucius identified as the very first step toward elevating a culture.

Initiating and influencing a global movement of verbal improvement may sound like a radical proposal. But it has historical precedents and now more than ever is actually do-able.

We will present a glimpse of the science behind the necessity and will reference world mythology to indicate humanity’s innate awareness of the Power of the Word to create and continually recreate our World.

(The very fact that the World is quite literally made from the Word – with the simple insertion of the letter L – is a clear indication of their inextricable interrelationship.)

WordMagic will explain how we might go about this clever endeavor – through the highly popular medium of wordplay – and why it’s so essential that we do so at this pivotal moment in the history of humanity. It will also enumerate the cascades of positive consequences that would likely result from such wildly creative, mind-liberating fun.

Laurel Airica is a writer-poet and expert English linguist who dances with words through her WordMagic performances, presentations and seminars as well as offering her editing and Intuitive Empowerment Counseling services to clients worldwide.

Historic Swearing In of First Hispanic Justice to Connecticut Supreme Court
Comment
Guest Voz: The death of the Chicana/o Left