Making tortillas just got a lot more techie — and nostalgic 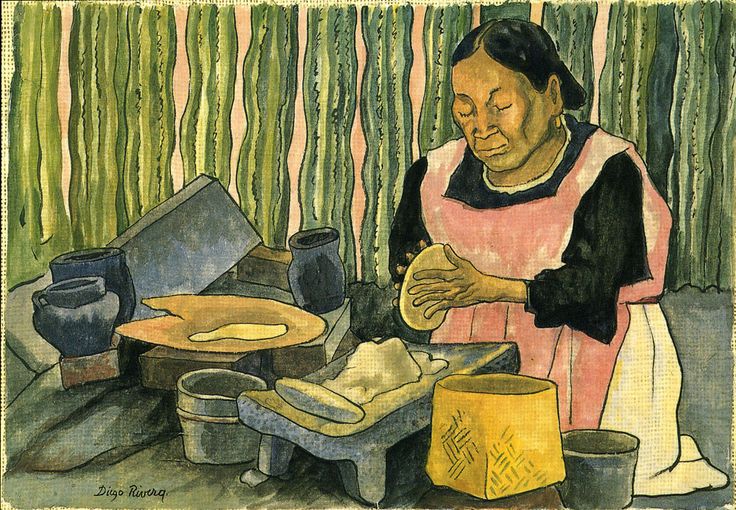 LatinaLista — Making tortillas hasn’t changed much since that day when the Mexican army defeated invading French soldiers, better known in the U.S. as Cinco de Mayo.

As Latinos and non-Latinos gear up this year to celebrate the historical victory for Mexico, since they think we’re locos for making a fuss, dozens of tortillas are sliding off conveyor belts at tortillerias and Mexican restaurants everywhere for the hundreds of tacos, enchiladas and quesadillas that will be eaten by partying history buffs.

Tortillas certainly fueled the Mexican army in 1862 and its origins can be traced all the way back to the Mayans. For hundreds of years, tortillas were made the same way: mix the masa (flour), roll into small balls and flatten with either hands or a rolling pin and throw on a hot griddle.

Yet, it wasn’t long before someone felt they could improve the tortilla-making experience with a little innovation. 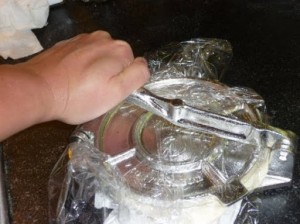 Someone resourceful probably realized how hard it was to get a perfectly round, thin tortilla to throw on the griddle. So, to ease the labor of slapping and smashing masa, the tortilla press was invented.

The simple counter-top presser didn’t need anything more than a strong arm — of which any unruly child of a Mexican mother will confirm their’s was amply endowed with.

But for many, the tortilla press didn’t provide enough convenience. It wasn’t long before tortillerias were born and elaborate machinery that could spit out 2700 tortillas an hour became the way to make tortillas for the masses. 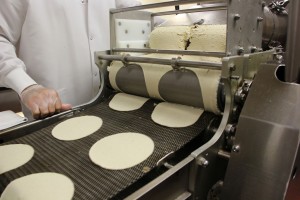 However, these days, the pendulum has swung from mass-produced tortillas to DIY (do-it-yourself). Daughters, sons and nietos are resurrecting abuela‘s masa recipes to create their own food traditions with their own families, but this new generation isn’t opting for the traditional style of making the corn and flour flatbreads. After all, this is the technology age.

Over the last few years, several models of electric tortilla makers, along with quesadilla and empanada electric makers, have hit the market. While they help make the tortilla-making experience easier, one still has to do the most fundamental part of the whole process — make the masa, roll it into little balls and place on the tortilla maker — until now.

The next generation tortilla maker is due to arrive next year and it’s taking tortilla making to a whole new level. The flatev, the Artisan Tortilla Maker, is a counter-top machine that mimics one of the most ubiquitous small kitchen appliances found in many homes today – the single serve coffee maker. 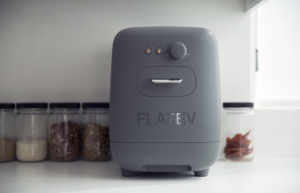 The flatev takes away the measuring of flour, the fist-punching of the masa, the rolling into little balls and flattening them and singeing fingertips snatching them off hot griddles. In fact, the little machine, created by a Mexican and a Swiss, removes all the history and tradition that comes with making tortillas and replaces it with a single pod.

The recyclable tortilla pods come in flour, corn, cinnamon and chile flavored masa. Insert the pod into the machine and press start. After 90 seconds, one perfectly cooked, round tortilla slips into the warming tray below the machine. From the videos posted on the company’s Kickstarter campaign page, the tortillas taste as good as any slapped by hand.

This new machine could revolutionize how people make tortillas — and would be cause enough to create a whole new commemoration event. In that case, Mexico may just join us.

technology, tortilla press, tortillas
Previous Post How universal design can help every voter cast a ballot
Next Post2016 "State of the Air" report finds more than 1/2 of Americans live with unhealthy air pollution