Latina Lista: News from the Latinx perspective > Culture > Tacos and lucha libre: How one Dallas festival put Latino culture in the spotlight

Tacos and lucha libre: How one Dallas festival put Latino culture in the spotlight 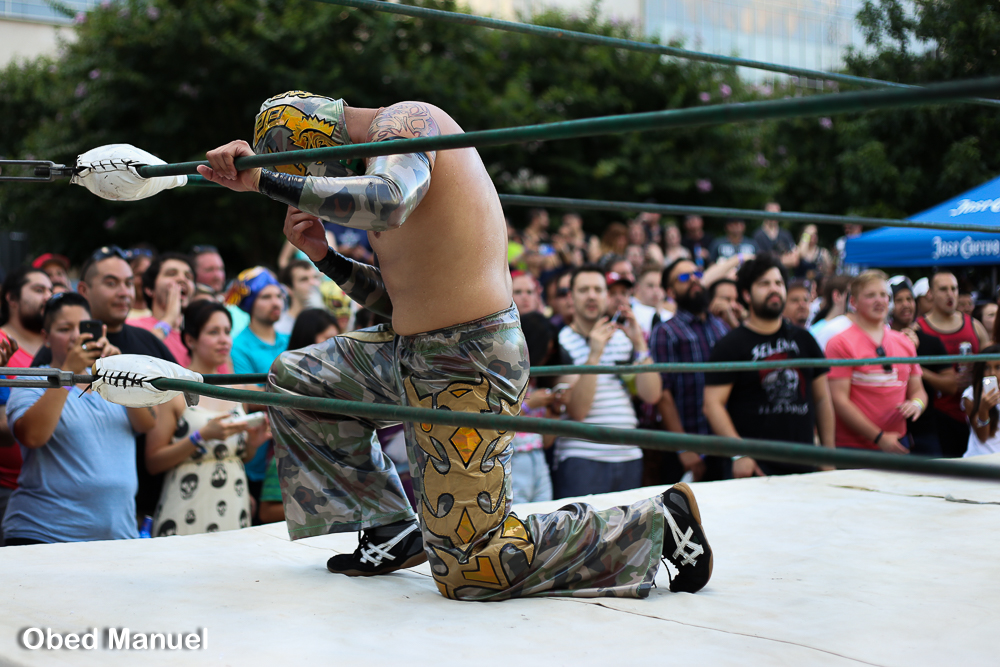 There was a special feeling at the end of the night as the first ever Taco Libre festival in Dallas came to a close.

Even as the bright red stage lights flashed on the dancing mass of people and the members of Grammy-winning Ozomatli jammed out on the stage and urged the crowd to sing and jump, that feeling was not the bass emanating from the giant speakers or the ground slightly shaking,

It was the fact that in a major American city, at a mainstream American festival, Latino culture found itself front and center, on full display for everyone to see.

Sure, the organizers and the taqueria owners that helped put on the event included many Latinas and Latinos and the festival was billed with Latin flavor, but events put on in the heart of downtown Dallas – where the price of anything increases two-fold – tend to draw in mostly white crowds.

Such was not the case Saturday. At a time when the national conversation in the U.S. is plagued by questions of racial intolerance, tacos and Latin zest brought together people of all races and backgrounds.

The day started off at 2 p.m. as just as the blazing Texas sun reached its peak and beamed down on festival goers (and line-waiters).

By 4:30 p.m., event organizer Tami Thomsen said, the 4,000 available tickets had sold out. One taqueria reported having sold 1,700 tacos.

It’s easy to call out the food as the main attraction. Where else would anyone find 14 popular taquerias within 100 yards of each other?

Tasty as they were, the tacos were what festival goers sought out between breaks of music and open-air, classic lucha libre. At one end of the park, was the main stage where Dallas local Dustin Cavazos provided his smooth hip-hop flows and Piñata Protest followed with their accordion-laden punk rock that made heads bang.

It was on the western edge of the park, near the entrance where a cultural bridge was presented in the form of a stained wrestling ring mat.

Local lucha libre promoter Sergio Reyes brought out eight of his top talents to put on matches scattered between 45-minute intervals. Their raw Mexican style attracted everyone and it kept them there, even at times attracting bigger crowds than some of the musical acts.

The luchadores insulted each other in Spanish and their costumes and masks might as well have been made in Mexico City. But all the same, everyone cheered and jeered.

After the sun went down, Ozomatli drove the point home: everyone was there to enjoy a collection of Latino culture. Ozomatli’s saxophone and trumpet roared as the group’s loyal fans danced to salsa and cumbia tunes.

In that dancing mass, it didn’t matter what part of the city the dancers came from. All that mattered was that they enjoyed a taco, they cheered on a luchador and that they were dancing in unison.

That was a beautiful feeling.