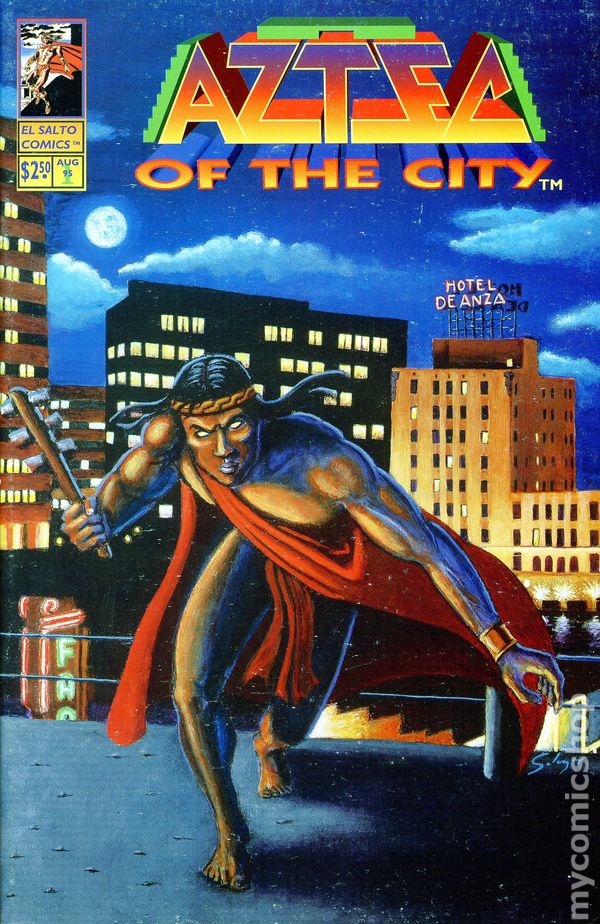 LatinaLista — What happens when two Mexican-American primos in San Jose, California become Latino superheroes? They are the stars of their own comic book series!

Aztec of the City follows the brave exploits of the two cousins as they defend and protect their city from evil forces in the year 2019.

A bi-national effort, the comic book series’ illustrator, who lives in Mexico while the writer is based in San Jose, California, collaborated for five years before launching the series in 2011. The comic book is produced in limited amounts and is available primarily in the San Jose area. However, it’s available on Amazon.

Fernando Rodriguez is the creator of Aztec of the City and credits his admiration for Stan Lee, Bruce Lee and the Marvel Comic Book heroes as inspiring him since the sixth grade to create his own superheroes. This past fall, Rodriguez released (he self-publishes the 32-page black and white books) Volume 3 of the series.

The quality of the artwork, combined with Rodriguez’s storytelling, is winning the series rave reviews.

In the featured video, the comic book’s publicist, Adriana Garcia, explains the series, its setting and the work behind each issue.