Guest Voz: DREAM Act a Win-Win — Good for Immigrant Women and Families and Good for Economy

LatinaLista — The battle to get Congress to pass the DREAM Act has been going on for ten years this month. It’s surprising that legislation that is such a no-brainer would be challenged every step of the way. Yet, it’s not surprising when, on closer examination, we see that it’s not the merits of the DREAM Act that politicians oppose — it’s the politics of it. 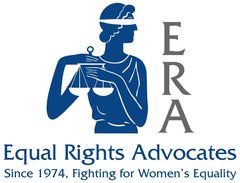 In today’s Guest Voz piece, Monali Sheth, staff attorney at Equal Rights Advocates, outlines why passage of the DREAM Act is long overdue and its failure to be made into law is only contributing to the growth of an underclass who have the potential to be first-class citizens.

Humanitarian Greg Mortenson invokes this African proverb to explain why his mission to eradicate poverty in rural areas of Afghanistan and Pakistan through education focuses on girls and young women. However, this proverb carries equal resonance in our own backyard.

As an attorney at Equal Rights Advocates (ERA), a national women’s rights advocacy organization based in San Francisco, I come across women everyday who work hard to support their families. They tend to have limited education, are often toeing or below the poverty line, and are frequently undocumented.

Many are mothers who brought daughters to this country at a very young age, daughters who consider this country their own. While these mothers may have dim hopes about their own potential for advancement, this should not be the case for their daughters. And yet it will be without the passage of the DREAM Act (the Development, Relief and Education for Alien Minors Act).

The DREAM Act sustains the hope that children will break the cycle of poverty and fulfill the American Dream. It will also enrich our country’s economy with skilled and dedicated young people well worth the investment.

This legislation will provide thousands of undocumented students a path to legal status through education or military service, and allow them to receive limited federal financial aid.

To qualify, students must graduate from U.S. high schools, possess good moral character, have arrived in the U.S. as minors, and been here continuously for at least five years before the bill’s passage.

This month marks the tenth anniversary of when the Senate first proposed the DREAM Act, but it still has not gained sufficient traction to be signed into law. Because financial stability in this rough economic climate is our nation’s top priority, it is imperative now, more than ever, that Congress passes the DREAM Act.

Lack of access to higher education is the chief culprit. As a result, many bright young women have minimal access to opportunities crucial to restarting the U.S. economy.

If the cut-off age remains 34, the act will provide conditional legal immigration status to an additional 268,000 young immigrant women between the ages of 18 and 34 who have a high school diploma or GED, allowing them to enter college or serve in the armed forces.

The DREAM Act is also good for families.

To help support their families, undocumented women tend to work in informal labor sectors such as domestic services and agriculture. As callers to ERA’s toll-free counseling hotline confirm, these jobs often do not guarantee living wages, health care, or even protections for workers’ health and safety.

Yet, history has shown that living conditions for entire families improve when girls are provided with educational opportunities. The risk of high school dropouts, teenage pregnancy and financial instability drops drastically.

According to an Urban Institute study, each year approximately 65,000 undocumented immigrants who have lived in this country for at least five years, graduate from high schools.

The DREAM Act will allow these students, including honor students, student leaders and gifted athletes, to fulfill their career aspirations, support their families and contribute to the economy.

Congress should follow California and Maryland, which have recently passed similar initiatives to provide educational opportunities to immigrant youth. If we let another ten years pass, the ranks of the underclass will swell further.

The DREAM Act is the change that we need now at the national level. For immigrant families and our country’s economic development, nothing short of this change will do.