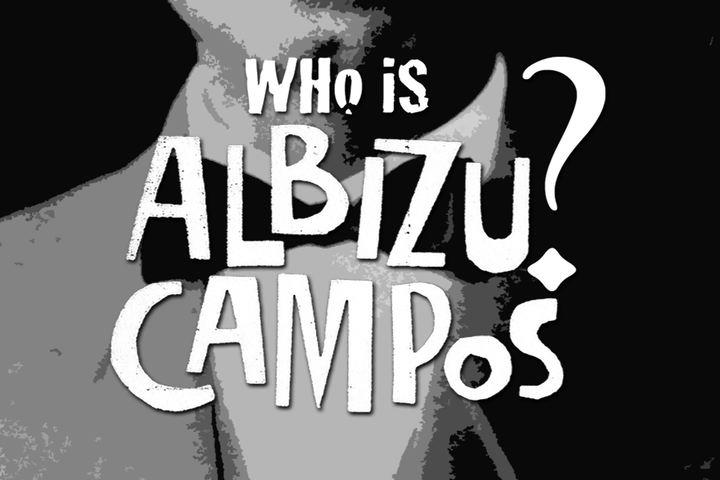 LatinaLista — Who was Pedro Albizu Campos?

To some he was a Puerto Rican martyr. To others, he was a terrorist, but two things are certain: Albizu Campos remains one of the most divisive figures of Puerto Rican history and his legacy has been so minimized over the years that most modern-day Puerto Ricans don’t know about him.

For the last seven years, Torres has been on a path to discover who was Pedro Albizu Campos. He has interviewed scholars, historians and friends and family members of ‘Don Pedro.’ The final portrait that Torres uncovered exceeded even his own expectations:

Revered by Che Guevara as “a symbol of the yet un-free but indomitable Latin America,” and auspiciously tagged a “Puerto Rican Malcolm X,” by as early 1933, “El Maestro,” (the Teacher, as he was commonly known), was a veritable public enemy in the United States.

Despite a Harvard education and military service during World War I, Albizu was condemned a criminal in Washington, labeled a terrorist by the CIA and spent over 25 years of his life in prison, never compromising his vision of a free and sovereign Puerto Rico.

The complexity of the man, his mission, his life and his final outcome are elements of information that Torres is in the last stages of collecting, having moved his family to Puerto Rico this month, to be closer to the sources. When he returns in December, he will start editing down over 100 hours of interviews for a 90-minute documentary he hopes to air on PBS.

“I come from a city of millions of Puerto Ricans who aren’t taught about their history,” Torres said. “When a friend told me about Albizu Campos, I was fascinated. He was a Harvard educated lawyer with degrees in engineering and chemistry. He fought for the United States in WWI, then returned to Puerto Rico to form a people’s army to directly challenge U.S. rule of the island! How could I’ve never heard about him? I just feel like it’s a story that everyone should know about, that needs to be told.”

To help finish his film, Torres has launched a Kickstarter campaign to help fund the final editing and hiring of a team for animation sequences. Because Pedro Albizu Campos is considered such a controversial figure, it’s been harder for Torres to raise the necessary capital to finish it. Yet, it’s the lack of awareness of an important part of Puerto Rican history that has driven Torres to personally fund as much of the film as he can and explore all other venues to raise the money to complete it.

Currently, according to Torres, there are no English-language books in circulation about Pedro Albizo Campos. Once finished the film will serve as the main source of information about the man “for an entire generation of English speaking Latinos, public school educators, and political science, history and sociology students of every level.”

“My goal is to make a character-driven documentary that shows Albizu as a real person who lived by his principals, but had flaws,” Torres said. “Just like the rest of us. I don’t have a political agenda — I’m a storyteller, and this is a great story.”