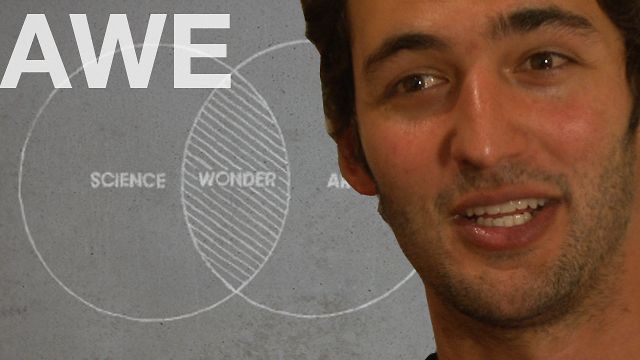 LatinaLista — Jason Silva‘s mission in life is to see the ‘awe’ in the world around him. Lucky for the rest of us, he is as enthusiastic about sharing this ‘awe,’ as he is discovering it.

The Venezuelan-born self-described idea junkie, and host of National Geographic’s Brain Games, is a polished ‘performance philosopher’ who shares complex ideas on a level everyone can understand, but most importantly, be left inspired.

Continually on the search for those ‘awe-inspiring’ ideas, Silva was inspired to do something — create a web series devoted to ‘awe.’

Shots of Awe is a web series on the Testtube channel. In each episode, Silva’s fast-paced explanations literally take viewers on a wild ride following the flow of ideas (“inspired nuggets of techno-rapture”) Silva shares on technology, creativity, society, humanity, philosophy and the intersection of it all. You can’t help but feel you learned something, even if you didn’t quite understand everything he presented.

But understanding what he said isn’t Silva’s goal. Silva wants to shock our brains with awe, yes, that word again. Because as Silva says, “And what they found is that doing that on a regular basis to your brain, like giving yourself awe, leaves all these profound psychological benefits: increased empathy, increased compassion, increased altruism towards fellow human beings, this is a Stanford study.”

Not to mention, it’s a recipe for a better world.

New episodes of Shots of Awe are uploaded every Tuesday.