Latina Lista: News from the Latinx perspective > Causes > Crowdfunding > Crowdfunder: An app that delivers your opinions to elected officials

Crowdfunder: An app that delivers your opinions to elected officials 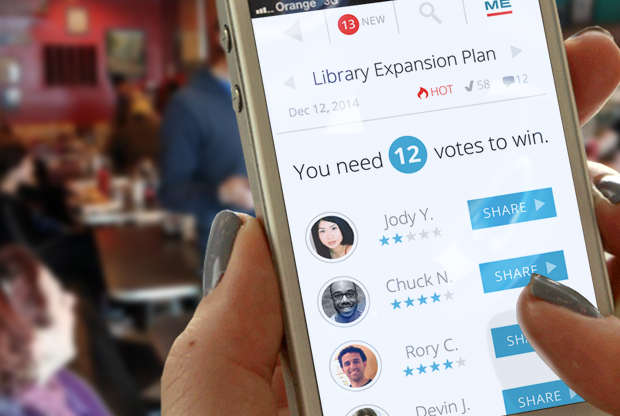 There are hundreds of issues in your community that impact you heavily. But you’ll never know about them in the press. There’s a lot that’s incredibly interesting to you – from local politics to projects – but no easy way to get your feedback.

But it’s virtually impossible to get so many issues to you using expensive phone polling or newspapers. So instead, your town has dozens of boards and commissions that get it all done without you.

Now, there’s an app to make sure your voice is heard – Meocracy.

By keyword, you’re notified about issues you care about. If it’s in your zip code you’ll see it, support or oppose it.

And where does your opinion go? Directly to the official behind the issue. Officials put their announcements in, and your feedback goes back to them. Simple as that.

Meocracy was started to only do one thing well; bring people together with the issues and the officials behind them. There’s no Red or Blue here; you either like the issue or you don’t. Politics aren’t involved here because they’re not needed.

For over three years, the app developers have consulted with officials to find out why the public is upset, and the app design has been created based on that need.