Crowdfunder: Filmmaker draws on the phenomenon of women graffiti artists 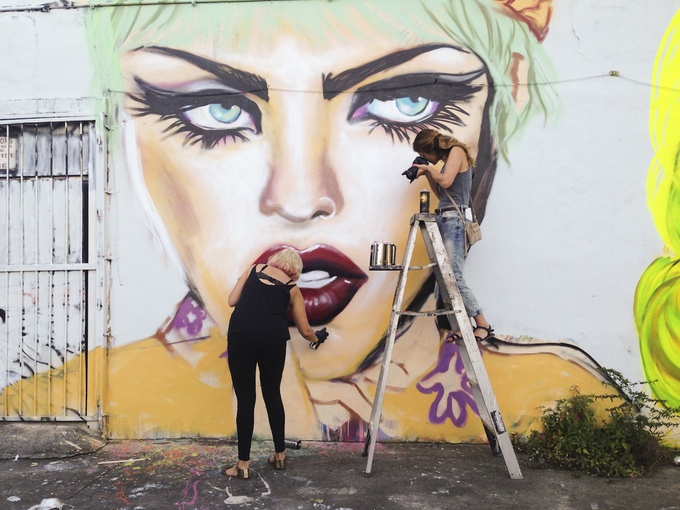 LatinaLista — For the past three and a half years, Alexandra Henry has been documenting female graffiti and street artists to capture their collective voice and experiences within the global street art movement — a place where women have received little recognition for their contributions.

While each of their personal stories is unique, their observations clearly reveal the struggle for creative space, and a lack of recognition faced by women working within this male-dominated subculture. With more and more women leaving their mark on the movement, Street Heroines pays long overdue tribute to their contributions and reflects a global shift in perspective of who we are as a society.

From Lady Pink, the first woman to paint entire subway train cars in the 1980s, to seminal photographer Martha Cooper whose work legitimized graffiti as an art form, the artists featured in Street Heroines are changing our relationship to the urban environment and the way we interact within the public space.

With this project, Henry has had the opportunity to interview women with diverse backgrounds from over 10 different countries, gaining insight through intimate conversations on how their efforts are paving the way for other women to pursue creative dreams. 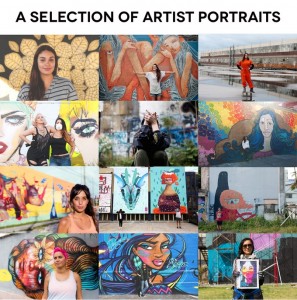 Now, with the Kickstarter campaign, Henry and her team have the opportunity to look further into these women’s personal transformations through street art by connecting more deeply with specific characters. Weaving together their stories of art and activism is creating the first of its kind documentary, dedicated to recognizing the female contingent.

With a team in place, Street Heroines will continue to follow artist such as TooFly (NYC/ECUADOR), Magrela (Brazil) and Fusca (Mexico), whose art offers solutions to issues such as gender disparity, sexual harassment and human rights violations.

Filming artists who use graffiti and street art to change their local culture, Street Heroines reveals a common ground by sharing their experience, strength and hope. Underscoring the importance of celebrating beauty and creating community, these women also uncover a deeper meaning within the social structure.

The powerful storytelling of Street Heroines highlights an untapped source of cultural and artistic influence. With so much to say about female identity and perspective, this multigenerational documentary aims to empower more women to explore their artistic tendencies and continue to generate social change.