Latina Lista: News from the Latinx perspective > Palabra Final > Politics > Gauging Latino influence has little to do with political clout — at this stage

LatinaLista — Whenever the “i” word, and I’m talking influence, is used in association with Latinos, people automatically resort to defining it as political clout. 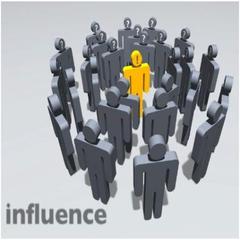 It’s waved in the air as a defiant threat every time another anti-immigrant legislation is passed and signed into law. Just last week, the National Association of Latino Elected Officials released their projections of the 2012 Latino vote:

Latinos will turnout in record numbers in the next Presidential election, with at least 12.2 million casting ballots, according to projections released today by the National Association of Latino Elected and Appointed Officials (NALEO) Educational Fund. This analysis also reveals that Latinos will account for a significant share of the electorate in several states.

According to NALEO Executive Director Arturo Vargas, “Latinos continue to reshape the nation’s political map, and the Latino electorate will play a decisive role in Election 2012.” The NALEO Educational Fund projects that the Latino vote will increase 26% from 2008, and Latinos will account for at least 8.7% of the country’s voters.

The operative word in this analysis is “projections.”

No one knows for sure how many Latinos will actually show up and vote. According to a post by Joseph P. A. Villescas, founder and owner of Villescas Research, Media & Instruction, LLC, just meeting NALEO’s projection that 12.2 million Latinos would turn out and vote would mean registering at least 15 million.

That is a huge undertaking, and if people continue to be less politically energized, as they were in 2008, it’s going to be a steep hill for any campaign or grassroots efforts.

But all is not lost.

At this stage of Latino-building influence, it’s not how much “potential” political clout that lies in the near future but something far more easier to attain and immediate — having amigos.

A clear example of this is what happened in Texas recently. Texas Gov. Rick Perry had made one issue a priority for him to get passed — banning sanctuary cities. In other words, it would have barred cities from stopping police departments from asking about immigration status of people who are detained or arrested.

Perry and his Texas GOP peers, who hold the majority in the Texas legislature, were ready to pass it, regardless of the fact that Texas’ Latino population is second only to California.

Protests and phone calls by Texas Latinos to their state legislators urging them to not pass this ban fell on deaf ears — until two men stepped up to the plate.

Bob Perry is known as the top Republican donor in Texas. The two businessmen hired a very influential lobbyist in Austin to fight the bill.

It worked. The bill died.

It’s reported that both men said they had problems with the bill but neither has elaborated, and they don’t have to. It’s enough to know that Latinos, whether citizens or not, will not have to suffer the humiliation of being asked their citizenship.

The fact that the only way it was defeated was through the actions of these men should not be ignored by the greater Latino community.

Until the true political strength of Latinos materialize, it’s important that the Latino community make amigos from all sectors, from all political parties and from all walks of life.

As the Greek philosopher Aristotle said:

The antidote for fifty enemies is one friend.

Previous Post Catholic program aims at building peace in Mexico
Next PostGuest Voz: Social media is the next step in the evolution of human communication

Catholic program aims at building peace in Mexico
Comment
Guest Voz: Social media is the next step in the evolution of human communication