LatinaLista — By the time the January 26 presidential GOP debate in Miami, hosted by CNN and the Hispanic Leadership Network, takes place, the field of contestants should be smaller. 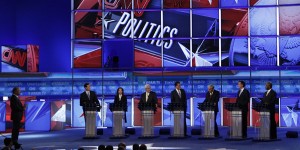 Since the Iowa caucus is on January 3 and the New Hampshire Primary follows on January 10, it makes sense that more than a couple of the candidates will call it quits.

A smaller playing field should make for a more interesting debate and an opportunity to get past the regurgitated rhetoric that has become such a staple in the debates that most people can repeat verbatim what a few of the candidates will say. Yet, the debate will only be as interesting as the questions asked.

Like it or not, Latino conservatives share in some of the concerns of Latino Democrats and if there is any segment of the GOP that has genuinely acted in a bipartisan way it’s Latino Republicans. They did join with their Democrat colleagues in urging support of the DREAM Act and are pushing for immigration reform.

And by virtue of Hispanic leadership co-hosting this debate, an important milestone can be achieved, if they have the will to do it — set the record straight on who are U.S. Latinos and how the current state of immigration reform limbo is harming, not just Latino communities, but cities, states, industries, education, health care and the future economic prosperity of the nation.

It doesn’t move our country forward with talk of deporting 11 million people.

It doesn’t inspire patriotism or loyalty from the Latino base by supporting anti-Latino figures, practices and legislation.

It doesn’t offer a message of hope to cut entitlement programs when Latinos have been hit among the hardest with unemployment and comprise the lion’s share of the impoverished.

It doesn’t offer a message of sincere inclusion when people refuse to understand or appreciate the long history of the Latino presence and contributions to this country.

Previous Post Chicago’s 2.0 plan to end homelessness to be released spring 2012
Next PostIs it the end for dual language education in Delaware?

Chicago’s 2.0 plan to end homelessness to be released spring 2012
1 Comment
Is it the end for dual language education in Delaware?