Guest Voz: Welcome to Dilley, TX: Home of the largest family detention center in the world 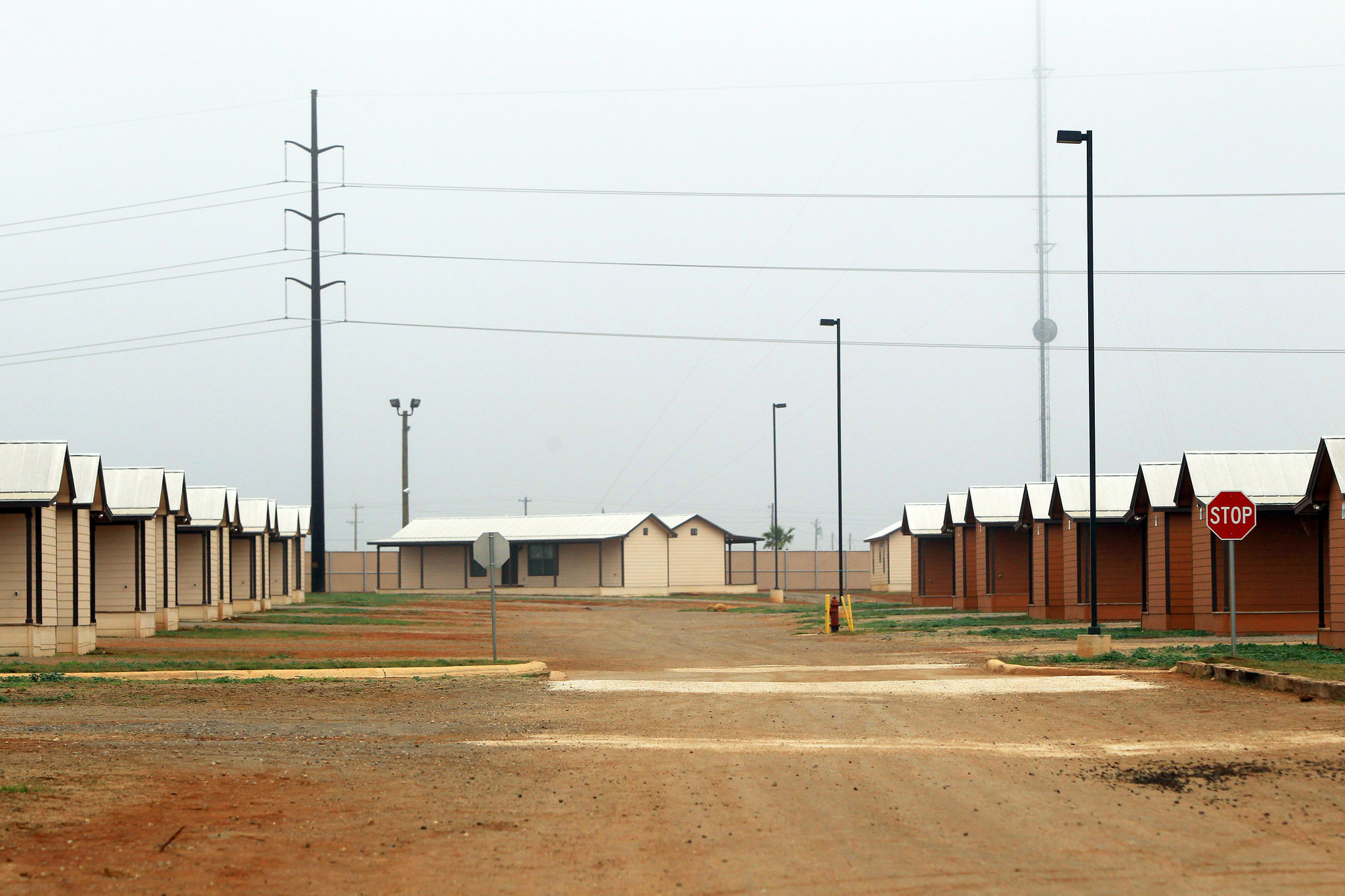 Sara fled her home in Central America after gangs tried to recruit her 12-year-old son. They would wait for him after work and tell him that he had to join. He would reply that he wasn’t interested, that all he wanted to do was go to school and work. This persisted until their third encounter. Walking home with his friends that day, the gang shot indiscriminately. Two of his friends were killed.

Luckily, Sara’s son got away. He fled to a relative’s house in another town, but they found him. They came by every day to look for him. They said they knew he was there. They yelled that if he didn’t come with them, they would kill him. Eventually, he fled to los Estados. The States.

When they found out Sara’s son left, they started asking her for rent. They would jump the fence and knock on the door, tell her if she didn’t pay things would end badly for her family. Soon, they started to try and recruit her daughter, too, and members of her extended family.

They killed her nephew. They shot him 22 times. Eventually, they got her number. They called and said if she didn’t pay them rent, they would kill everyone. That’s when she knew she had to leave. That’s when she decided she needed to do everything in her power to save her children.

Sara gave the coyote her house in exchange for the trip north. Then she led her daughters on a treacherous path that starts in Central America, zigzags through Mexico and, if you’re lucky, ends at the Rio Grande. After crossing, Sara presented herself to Border Patrol. She told them she wanted to apply for asylum, that she needed help. That’s when she ended up here, at the South Texas Residential Center.

This is where I met Sara. In Dilley, Texas, at the largest family detention center in the world, she told me her story.

The South Texas Residential Center is among the latest iterations of an immigration enforcement practice known as “family detention.”

After passing Deferred Action for Childhood Arrivals (DACA), the Obama White House was characterized by opponents as “soft” on immigration. To cultivate a tougher image, the administration adopted a doctrine of “deterrence by detention.” By detaining those families that have already presented themselves at the border seeking asylum (as is their right under US and international law), the government aims to send a clear message to any who try to follow — There’s no sympathy for you here, no help for you here. You are not welcome, no matter your story.

The government’s justification for detaining families with valid asylum claims has been colored as much by profits as by politics.

Family detention centers like Dilley’s are run by for-profit prison corporations: GEO Group and Corrections Corporation of America. Every single traumatized woman and child generates a profit for these companies.

Taxpayer dollars pay every cent, as their contracts are with the federal government. Put simply, our taxpayer dollars are paying for companies to profit off of human pain and suffering. Yet few Americans will ever bat an eye to this. Why? Because these centers are strategically located in the middle of nowhere, in South Texas shrub-land, in fracking country. Out of sight, out of mind.

It is time we pay mind to the suffering of immigrants seeking asylum at our borders. It is time we demand that people like Sara and her family are treated as humans in need of sanctuary, rather than profit points – detainees for corporate dollars.

Luckily, there is a movement steadily rising in all sectors of civil society.

In early May, 500 people protested the Dilley detention center, and nearly 200 directly impacted people gathered in Boca Raton to strategize at the intersections of mass incarceration and immigrant detention at the 3rd Annual National Strategy Session to End Criminalization, Incarceration, & Immigration Enforcement. Last week, the New York Times editorial board demanded an end to immigrant detention. Before that, the US Conference of Catholic Bishops called for a transformation of the immigrant detention system.

Our movement is building, but we must remain vigilant and dedicated to end family detention forever. The work continues to achieve real solutions that value people over profits – to give people like Sara the freedom they deserve.

Rodrigo Juarez, Jr. is a second year law student at Lewis & Clark Law School in Portland, Oregon where he is studying immigration and public interest law. He was born and raised in Brownsville, in the Rio Grande Valley of South Texas.