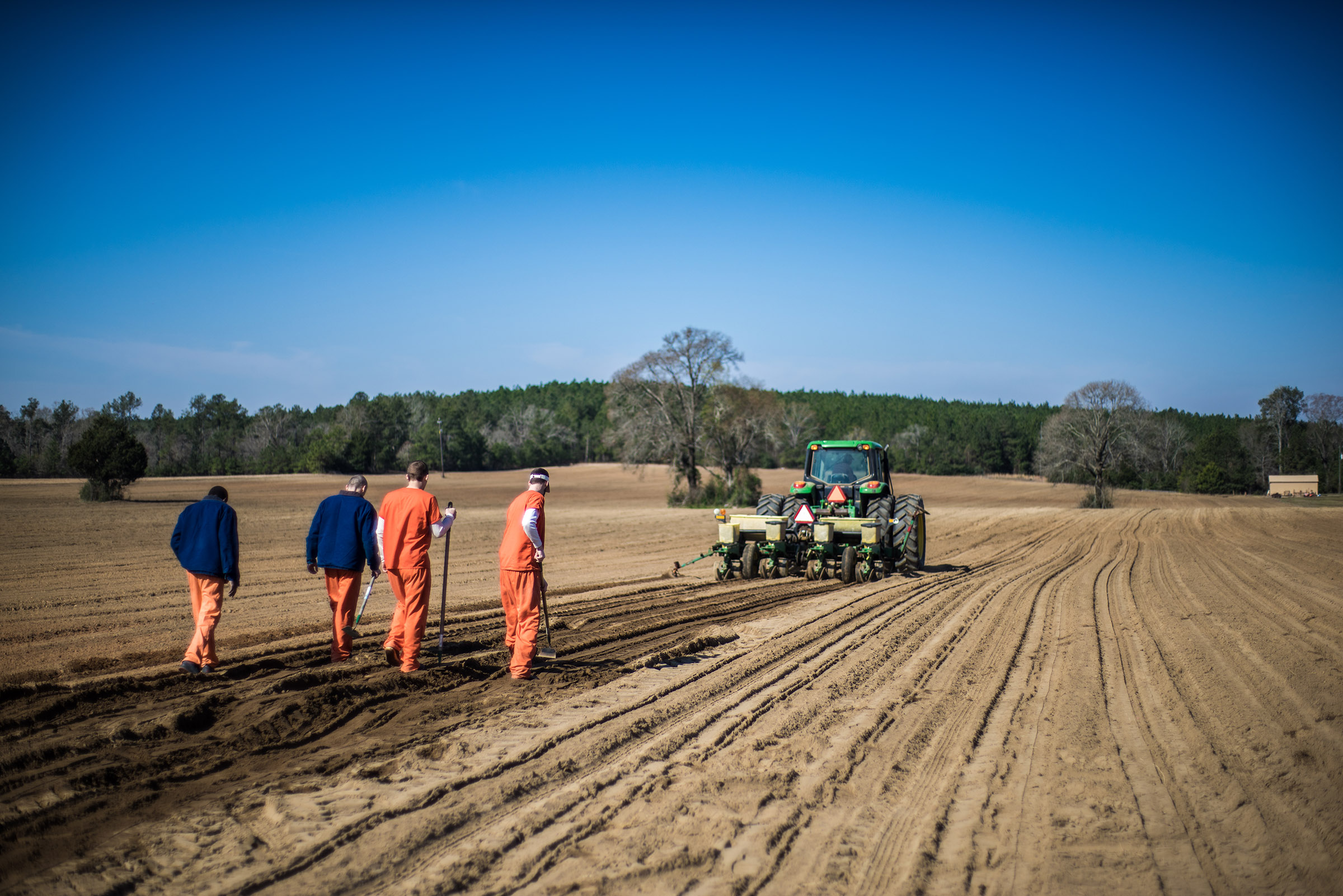 Durr was one of the few people in Alabama who took on one of the thousands of agricultural jobs that undocumented immigrants left vacant after 2011, when the state’s governor signed the Beason-Hammon Alabama Taxpayer and Citizen Protection Act, or HB56, into law.

The law intended to make life so difficult for undocumented immigrants in Alabama that they would have to leave the state or the country. Morton started reporting in January 2014 and spent the next six months checking in on the small independent farmers featured in the latest episode of Vice.

What Morton found was that three years after the law’s passage, few officials, including the law’s sponsors and those who voted for it, were willing to stand by the laws harsh provisions.

But the Albertville Police Department, Morton found, had not wavered in its enforcement of the law as other departments had done.

Morton interviews the police chief Doug Pollard during the segment.

“From his perspective, the law was about stopping the terrorist and drug dealers from crossing the border, so he’s still parroting that line,” Morton said. “It’s a little sad that this didn’t have the effect they wanted.”

As for the time he spent interacting with undocumented workers, Morton said he noted an added motivation among the migrants.

“They felt like they had a political awakening. They came here for purely economic reasons.
They came to just do work,” Morton said. “As a result of feeling targeted, they were very outspoken and ready to seek us out.”

Morton did not gain access to some of the biggest chicken processing plants in the area because most are owned by poultry giants like Tyson.

The divide between corporate-owned and independent farms was another aspect of the agribusiness that Morton said he could point out. The independent farmers, Morton said, were also keen on speaking out about their needs and the lack of available migrant laborers.

“They’re on the tail end career of four years of frustration and haven’t been able to figure out making a living by doing what they did,” Morton said.

The passage of the law was something of a legislative tantrum, Morton said. After speaking to several legislators, he found that one of the main reasons the law had support was because the law polled well with Alabama voters.

Morton said the Alabama case is a clear example of the backlash than can come from taking rash actions on immigration and that he hopes immigration hardliners will take a step back and look at the potentially negative economic and social effects.

“I think it’s very easy for the people who don’t meet immigrants to think of them as a giant faceless mass that is eating up resources and stealing jobs,” Morton said. “I would say that 99 percent of them are people with good intentions who have struggled so much just to have these small opportunities.”