Latina Lista: News from the Latinx perspective > Palabra Final > Immigration > In the aftermath of the presidential election, it’s time for Latinos to start reclaiming their image

In the aftermath of the presidential election, it’s time for Latinos to start reclaiming their image

LatinaLista — Now that Latinos have gained credibility in the eyes of mainstream media and Main Street USA by making the difference in Obama’s re-election, Latinos need to start the real work of reclaiming the Latino image. 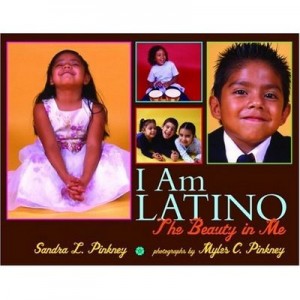 In the aftermath of the election when Sunday morning network roundtable discussions were busy dissecting, analyzing and commenting about the Latino vote, it was business as usual on most networks — not a single Latino representing the main topic of conversation. The only exception that was brought to our attention was on NBC’s Meet the Press who had Texas congressman Joaquin Castro providing credible insight that went beyond the stats.

Ever since the NBC network started making an effort to include more of the content and personnel from their Latino properties — Telemundo and NBCLatino — the Sunday morning political talk show has included a Latino on their roundtable panel, here and there. Usually, only when immigration or the Latino vote was going to be discussed.

So far, on ABC’s morning political talk show the effort has been minimal and at a time when it would really make sense to have a Latino on the panel — the weekend after the election – it was easier to talk about Latinos rather than hearing from one. Given ABC’s new partnership with Univision, it doesn’t make sense that someone from the Spanish-language network isn’t more of a regular panelist.

All the networks need to realize that while Latinos, tapped as pundits, can certainly deliver a closer picture of the pulse of the Latino electorate when discussing issues like the Latino vote or immigration or the DREAM Act, etc., Latinos smart enough to be tapped in the first place by these networks are smart enough to talk about other issues as well.

Another way to reclaim the Latino image is to call out media who think images of Latinos from south of the border suffice as equitable portrayals of US Latinos. Plain and simple, they do not.

For example, Fox News Latino ran an article today about the rise in the poverty rate of Latinos — U.S. Latinos. Yet, the picture used to illustrate it was clearly an image from somewhere south of the border where the poor are in much more dire circumstances than the poor in our country.

But Fox News Latino doesn’t see the difference in using such a misrepresentation of who are US Latinos. It’s a gross violation of journalistic ethics. Accuracy in reporting doesn’t just include the text but also the pictures.

And then there’s the insistence of the Associated Press (AP) to continue including the term “illegal immigrant” in its stylebooks, both in English and Spanish. They have dug in their heels though they know the term is insulting to Latino readers and in spite of the petitions they’ve received from concerned Latios and even the National Association of Hispanic Journalists.

The AP’s defiance to Latino sensitivity has even caused a rift among Latino journalists — one side agreeing with the AP and the other side seeing the term as an inaccurate insult. If the Latino community made a bigger demand over the withdrawal of the term, things might change.

In fact, now that Latinos are coming into our own, it’s time to take command of the conversation when it concerns Latinos and stop letting others define Latinos based on bygone years of stereotypes and assumptions and on a people who never had political clout before.