LatinaLista — After Wednesday’s night presidential debate, the nation no longer needs to guess what programs a President Romney would cut — Big Bird, a.k.a. PBS and — ‘Obamacare.’ 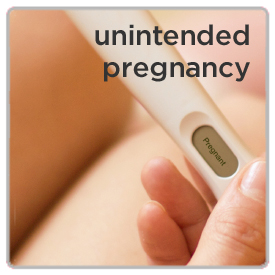 However, a new medical study has found that one of the tenets of the Affordable Care Act — the official name of Obama’s health program — free birth control, makes a huge difference when it comes to abortions and teen pregnancies.

According to an Associated Press article on the study, “nearly half of the nation’s 6 million-plus pregnancies each year are unintended. An estimated 43 percent of them end in abortion. Low-income women are far more likely to have an unplanned pregnancy than their wealthier counterparts.”

Dr. Jeffrey Peipert of Washington University in St. Louis published his report, Preventing Unintended Pregnancies by Providing No-Cost Contraception, in the October issue of Obstetrics & Gynecology and found that when cost wasn’t a factor with contraceptives more women used them.

Dr. Peipert and his team enrolled more than 9,000 poor and uninsured St. Louis adolescents and women at risk for unintended pregnancy into the Contraceptive CHOICE Project. The women were given a choice of contraceptives to choose from. The majority chose the most expensive but most fool-proof contraceptive — implants.

The results of the study were stunning:

In fact, if the program were expanded, one abortion could be prevented for every 79 to 137 women given a free contraceptive choice.

Advocates of lowering the teen birth rate and abortion rates are ecstatic over the study’s findings. Unfortunately, those against contraceptives of any kind are finding fault with the study, regurgitating an ancient argument — giving free access to (substitute word) contraceptives encourages risky (sexual) behavior.

The fact that the federal government is the one enabling the access incenses these critics even more. Yet, Dr. Peipert puts it in perspective:

We shouldn’t have, in my view, a tiered system where the women with money can get family planning and the women without cannot,” said Peipert, noting that 39 percent of the women in his study had trouble paying basic expenses.

About half of unplanned pregnancies occur in women who use no contraception. As for the other half, condoms can fail and so can birth control pills or other shorter-acting methods if the woman forgets to use them or can’t afford a refill.

It is now known, without a doubt, that abstinence doesn’t work for every teen and it certainly isn’t going to work with adults. While it’s a woman’s personal decision to deal with the consequences of her actions, it becomes a national political issue when that decision involves abortion.

When it happens to low-income minority women, the argument takes on nasty racial overtones that refuse to recognize that human urges aren’t confined to one racial or socio-economic group but the means to prevent unintended pregnancies can be.

It makes sense that all women, regardless of income, be given the opportunity to have the same access to contraceptives, especially since the end-goal of any reproductive health policy should be enabling people to practice responsible health maintenance and to prevent abortions, not abolish sex.