Latina Lista: News from the Latinx perspective > Columns & Features > BlogBeat > Does your state have a climate adaptation plan?

Does your state have a climate adaptation plan? 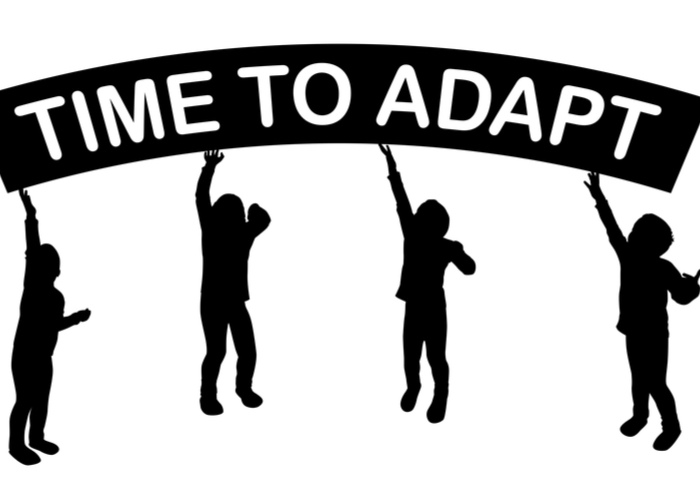 As parents, one of our key and foremost concerns is keeping our children safe.

Under the Trump administration’s philosophy of shrinking government, a slew of protections to children’s health are being sliced away. There is no regard for the potential ramifications.

This is of particular alarm in the case of the intersection between climate change and public health.

As government agencies responsible for disseminating scientific information come under fire, states will need to step in and be leaders.

This became obvious to me, once again, as I was on a press call organized by the Collaborative on Health and the Environment. The organization describes their mission as focusing on “how environmental risks can impact human health.”

Dr. Anna Hoover outlined why extreme weather events create problems at Superfund sites. Since so many toxic hot spots are sited in lower-income communities and areas inhabited by minorities, these residents are disproportionately impacted. A majority of the superfund sites are clustered along the coast lines of the country. This yields increased exposure and risks. The EPA is trying to secure these locales, but with cutbacks, there are in a difficult if not impossible situation.

Hoover mentioned that the NOAA had described 2017 as “hot and disaster filled.” This proved to be extremely problematic for the 327 toxic superfund sites that currently exist.

Hoover’s message is that the way to ameliorate potential catastrophes is to “map out strategies for large scale events.”

Superfund sites and CERCLA were originated in 1980 as a response to the courageous work of Lois Gibbs and her fight to clean up the Love Canal disaster. It was liability legislation that gave the federal government power to act on harmful and dangerous pollution from hazardous substances that could “endanger public health or the environment.” Through taxes on “chemical and petroleum industries,” it raised monies for “cleaning up abandoned or uncontrolled hazardous waste sites.”

Presently, only fifteen states have plans for a potential crisis. By 2011, 75 percent of coastal states had finalized such plans. However, the plans have not been evaluated! The written proposals range from 12 to 400 pages. There is a wide variance in leadership. Pertinently, less than 50 percent of the steering committees were comprised of public health sector representatives.

Extreme heat, weather hazards, and contingency strategies for food, water, and breathable air are all key concerns for creating “prepared” blueprints. Early warning systems, methods for sharing information and vector control were noted. Hoover emphasized that safety gaps had to be identified, and health goals must be included and prioritized.

Tiffany Skogstrom, who is working on a Climate Change Resiliency Project for Massachusetts, was on hand to dig into how emergency readiness, awareness of chemical safety, and toxics use reductions could be combined to proactively cut the risks that culminate from extreme weather and industrial accidents.

It is a topic that was recently delved into by the New York Times. Their article, “Floods Are Getting Worse, and 2,500 Chemical Sites Lie in the Water’s Path“ reported in depth on how rising sea levels, hurricanes, and storm waters were impacting chemical facilities.

During Hurricane Harvey, people were communicating via Twitter to talk about “rancid chemical smells” in and around Houston. Using the hashtag #HurricaneHarvey and tweeting, “Folks Can’t Breathe,” they were looking for answers.

Hurricane Harvey exacerbated issues for Houston. Contaminants from such locations were washed down river. In other areas, there were explosions from industrial sites.

Hoover called out the need for citizens to get proactive. “People at the table drive the agenda,” she said.

With it being every state for itself, there are lots of ways for parents to get involved.

Changing the media narrative goes a long way in breaking gender and racial stereotypes
Comment
Should states have their own foreign policy?