For decades, the Minority Media and Telecommunications Council (MMTC) supported the Federal Communications Commission’s prohibition on a company owning both a newspaper and a television or radio station in the same city. 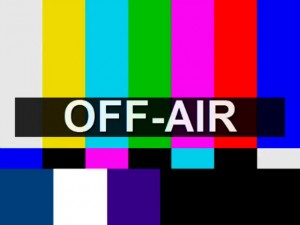 But this year, as the FCC reviews its media ownership rules, we urge the agency to relax the 37-year-old regulation. As the nation’s leading advocate for equal opportunity and civil rights in mass media, the MMTC champions a diverse and robust Fourth Estate. And the absolute ban on cross-ownership no longer serves this purpose.

Local journalism faces unprecedented challenges, as print circulation declines and Craigslist and other websites decimate classified advertising. Hundreds of newspapers have shut down or reduced publication frequency in recent years. Most of the surviving newspapers reduced the size of their newsrooms and scaled back on local coverage of city councils, school boards, and government agencies such as boards of elections.

Although many blogs and other websites cover local news, they do not have the same resources to dedicate to local journalism, and they often merely summarize newspaper articles. Simply put, no other medium provides the quality and depth of journalism that newspapers provide.

The decline of newspapers causes great concern in minority communities. Consider some recent Pulitzer Prize-winning series that have provided a voice for the voiceless. The Philadelphia Inquirer exposed a climate of violence in inner-city schools. The Milwaukee Journal Sentinel uncovered fraud in a child care program for low-income families. The Las Vegas Sun revealed the high death rate among local construction workers. By shining a light on government failure, these investigative journalists hold officials accountable to the public. They fulfill journalism’s core purpose: “comforting the afflicted and afflicting the comfortable.”

We must ensure that journalism — particularly at the local level — does not continue to deteriorate. Relaxing the cross-ownership ban would provide newspapers with immediate relief. Cross-owned newspapers and television stations pool resources and collaborate on investigative projects. FCC-commissioned studies have concluded that television stations that are cross-owned with newspapers provide more public affairs programs and local news than other stations.

The FCC prohibited cross-ownership in 1975 because the agency sought to increase diversity of ownership, a goal that the MMTC shares and applauds. But in the thousands of pages of FCC-commissioned studies about media ownership, there is no evidence that retaining the absolute ban on cross-ownership would impact minority ownership of broadcast stations.

Indeed, as the operator of the nation’s only minority-owned media brokerage since 1997, the MMTC has never seen a deal fail to close because of cross-ownership.

MMTC and others have placed before the FCC dozens of proposals that would address the real causes of minority exclusion from media ownership: weak access to capital, discrimination in advertising and employment, and inferior technical facilities. But the Commission should not retain outdated regulations that discourage much-needed investments in local journalism.

David Honig is MMTC’s President and Executive Director. He co-founded the Minority Media and Telecommunications Council (MMTC) in 1986. MMTC has represented over 70 minority, civil rights and religious national organizations in selected proceedings before the FCC, and it operates the nation’s only full service, minority owned media and telecom brokerage.

Mexico's Inauguration Day: Two battles rage — one for social fairness, the other for justice
Comment
Exploring Mutual Funds could be a first step in achieving financial peace