Latina Lista: News from the Latinx perspective > Columns & Features > BlogBeat > Who Will Create the New Normal in Children’s Book Publishing?

Who Will Create the New Normal in Children’s Book Publishing?

For sixteen years, I’ve been a bookseller in small-town, semi-rural Vermont, in a region that is progressive but fairly homogenous. I spend a lot of time introducing people to new books I think they might love, and over the years, I’ve encountered the usual range of responses from white customers to books with brown faces on the covers. 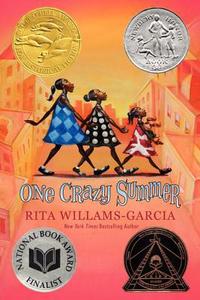 Many of these responses are positive; some are reluctant or downright resistant, and represent mistaken assumptions about these books, that they are limited in focus and applicable only to a narrow, nonwhite audience.

I’ve got a toolbox full of tactics I use with hesitant customers, from subtle to overt, depending on how the situation reads. By emphasizing plot and character, by getting them to “forget” about race, I can get the adult excited about the story. I say adult deliberately, because out of the thousands of kids I’ve recommended books to, only a handful have ever shown even an awareness of the race of the cover character, much less a resistance to difference.

But the resistance is not entirely the reader’s fault. The extreme lack of diversity in children’s books (if it were hunger, it would count as starvation) — both featuring people of color as main characters and books published by writers of color — has led readers to some justified perceptions.

For a long time, brown faces on covers by and large signaled certain kinds of stories: slavery, Civil Rights, gritty urban plight, outsiderness. The problem wasn’t with the stories themselves, of course; these were powerful, enriching, worthy books. But they were funneling nonwhite experience into particular tubes, and if readers were in the mood for something else — adventure or fantasy or mysteries, say — they looked elsewhere. They had to; there were few other choices. And that is still largely the case, with a few noteworthy, marvelous exceptions.

If there’s one thing I have learned from my time in the handselling trenches, it’s how readily the public accept what we tell them is worth reading, what we stand behind and put our resources into. The more diversity there is on book covers, the more normalized those images become, and the more people will see beyond skin color on book covers into the stories themselves.

There is always a time in history when someone goes first. Someone realizes that white does not equal “normal.” Asks, “Is there a reason for the main character to be white? If not, let’s branch out.”

There are already publishers and artists who do this. They are alert to the possibilities and read a picture book manuscript without assuming that the characters are white unless otherwise specified. They choose Asian, Latino, Chicano, Black, Middle Eastern, Indian, Native American, and multiethnic kids to illustrate mainstream stories and assign them main-character status.

Picture books like Peter Reynolds’, chapter books like Alvin Ho and Ellray Jakes and Calvin Coconut, Brendan Buckley and Mr. Chickee and Lisa Yee’s books and all of the fantasy that Tu Publishing is publishing — these are wonderful titles that leap off the shelves into the hands of customers of all ages.

The market is here; in addition to the (primarily pitched-to) Caucasian audience, more than 40% of the US population between ages 3 and 21 is nonwhite. When children’s book covers are finally fully and richly reflective of the world we live in, people will outgrow old assumptions and — with apologies and a tribute to Martin Luther King, Jr. — will judge book covers not by the color of their skin, but by the content of their characters. And plots, and writing.

And that is a handselling world I look forward to.

Elizabeth Bluemle is a children’s book author, blogger for Publishers Weekly, and owner of The Flying Pig Bookstore in Shelburne, Vermont.