Latina Lista: News from the Latinx perspective > Columns & Features > Global Views > Guatemala: A new kind of shaman carries on with centuries-old traditions adding his own twist

Guatemala: A new kind of shaman carries on with centuries-old traditions adding his own twist

When David Elron first visited Guatemala in 2001 he was a carefree backpacker from Tel Aviv who thought he’d stay for a couple of weeks and then move on. However, after meeting a shaman in the Guatemalan highland town of Todos Santos, his plans quickly changed. 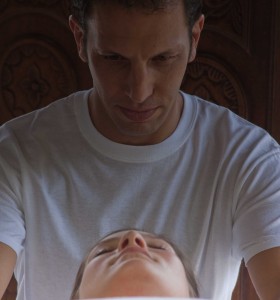 “I ended up travelling with the shaman, studying with him and eventually teaching with him for eight months – and the experience completely changed my life,” says Elron.

“It opened me up to a whole new world that had been completely out of my realm up until that point. I learned about The Spirit, the soul, energy, reiki and worked with stones and crystals to read peoples’ energy fields. I was partaking in things that just a few months before would have sounded crazy to me.”

Traditionally shamans were considered to be members of tribal communities who acted as mediums between the visible world and an invisible spirit world, practicing magic or sorcery to heal and foretell the future.

They believed that sickness was caused by an evil spirit entering the body, and so would call it out, either by drum beat or chanting, in order to affect a cure. However, modern-day shamans use alternative medicines and treatments to help patients live a more empowered, pain-free life.

“Shamanic culture is very ingrained in Mayan culture: these are the ways of the Grandfathers and the Grandmothers. But current generations follow it too: before seeking help for an ailment from western medicine, Mayans will almost always first seek the help and advice of a local healer.”

Sitting on a bench on New Year’s Day in the colonial city of La Antigua Guatemala, Elron admits having a revelation about wanting to become a healer and work to better the lives of others.

Almost 12 years on and that’s still what the former economics and marketing graduate is doing: using holistic treatments such as massage, reiki and Amanae™, a technique that focuses on releasing suppressed and usually unconscious emotions, in his work as a modern-day shaman.

“I still use all the tools that I learned with my Shaman today. I work with energy, I do coaching, counseling – I do whatever is required to inspire and instigate the transformation required in my patients’ lives, whether that be physical, emotional, mental or spiritual.”

Many of Elron’s clients say his holistic approach is “life-changing” and has enabled them to live in a more fulfilling and positive way. As well as emotional results, physical improvements are often apparent too:

Through individually tailored programs at Santé, Elron’s well-being clinic in Guatemala, clients are given the tools, knowledge and support to transform their lives and become happy, healthy and empowered.